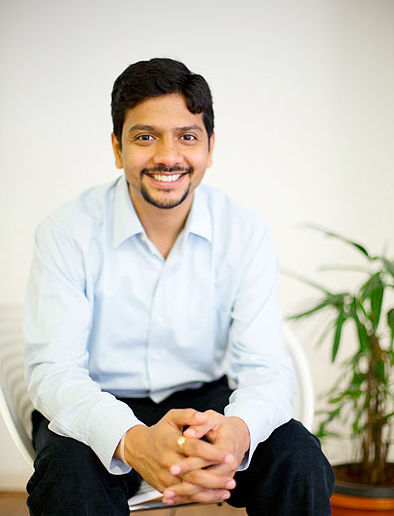 Right from a startup’s very first day, building a strong tech team is a challenge for most founders. In a candid interview with Stellaris, Mekin Maheshwari – a Stellaris Founder Network member- talks about the key insights he gained while building one of the most credible tech teams in India during his time with Flipkart, the country’s most valuable start up. Mekin was with Flipkart until 2016, where he was one of the first employees. He wore a lot of hats at Flipkart, which included not only Chief People Officer, but also Head of Engineering.

In a startup, what is so different about hiring tech talent when compared to other talent?

There are a few aspects that are unique to tech organizations when compared to others. First, the motivation factor for a strong techie is different relative to most other professionals. Solving difficult problems and building great products are two factors that excite great technologists. At Flipkart, we were able to attract good talent because we were solving hard and impactful India focussed problems. These problems hadn’t been solved at scale before. Second, unlike operations or sales functions, it’s hard to quantify technology. Moreover, its value creation is of a pareto nature. You simply cannot apply the standard bell curve because the disparity between two people’s work can be massive. Hence, the value unlocked by a good tech team is often manifold relative to a mediocre one. There are examples where a single engineer has created value that is 10x or even 100x the value created by another.

Once you have good tech talent on board, how do you create an environment where they can thrive?

Good engineers often set a high bar of expectations from the organization. Having often thought about the causes of employee motivation, I find Daniel Pink’s framework excellent in capturing the key drivers of engagement. His model states that the key drivers of motivation are purpose, autonomy, and mastery.

Your pitch can either convey “Hey, I have a job opening for JAVA developers” or “We are trying to solve inefficiencies in the Indian supply chain to make products both accessible and cheaper to all Indians. Would you like to help us solve this issue?”. You can take a guess as to which pitch engineers gravitate more towards.

A lot of times, you may have one of the previous three fulfilled. This is essentially the impact part. However, a problem may not be difficult or interesting. It may be mundane, but still needs to be solved. How do you keep the tech talent motivated in such a case?

I think different people get excited by different things. Someone who is motivated by challenging problems alone, might not stick around for the mundane ones. However, someone who connects with the business and realizes the user impact will stick around. To ensure that people who come on board stay for long, it is important to represent the work and challenges truthfully.

Do you think the hiring process of an organization is also dependent on its culture?

Absolutely! Beyond technical skills, which are important to assess, it is critical to evaluate for culture. While hiring at Flipkart, we looked for traits such as ownership, bias for action, being non-hierarchical, and humility.

What’s your take on the salary vs ESOPs debate? Some founders say that offering ESOPs in lieu of salary isn’t viable. They justify this by saying that candidates don’t care and there is a resultant increase in administrative hassle. I would love to hear your opinion on this subject.

As I mentioned previously, “purpose” is crucial in a potential hire. The offer process serves as a great test to evaluate the candidate’s belief in it. For instance, a candidate’s willingness to take a pay cut can be a good indicator of “purpose”. Although this process slows down the hiring rate (in our case it went down by 1/3rd in the early days), it is certainly doable. Moreover, the self-selection it leads to is amazing.

Cash is scarce during the early stages of a startup. Hence, while I was frugal on salary, I was happy to negotiate with people who wanted more stock in lieu of cash. There were also some people who I had to call back and convince to take up Flipkart’s ESOPs! It sounds funny now, but back then, stocks were valued at nothing. Only in 2013 did people start understanding the value of stocks.

Stock options also lead to the imbibement of a sense of ownership amongst employees. During the early stages of hiring, stock conversion was like a plea from our side to trust us. Thankfully, this was not the case for leadership hires. They cared more about stocks than cash, which was a great sign. I get an extremely positive vibe when I know that the person’s interest aligns with the company’s and that he/she benefits with the company’s growth.

With regards to the administrative pain of ESOPs, I think it is worth taking up. I say this by considering both the fairness perspective and the possibility of life changing consequences it can have for employees in case the company takes off. Imagine a scenario in which a person can buy his/her family a new car or house because of the joining grant! It’s about an employee believing in the potential of a startup.

If you don’t have a brand yet, how do you convince people to take a salary cut in lieu of higher ESOPs?

In 2009, Flipkart was a very hard sell. It was the quantum of problems being solved and the passion amongst the existing team that attracted people to the firm. You need not treat candidates as royalty to pursue them. However, it is essential to treat them with a certain degree of importance while giving them an offer. During the first two years, I spent almost half my time dealing with recruitment related activities. These ranged from meeting candidates in their cafeteria to doing interviewer trainings. It all depends on how passionate you are about hiring great talent.

I agree that it may not be practical to convince people to take a salary cut in exchange for higher ESOPs when you haven’t established a brand yet. Nonetheless, this situation does let you assess both what the person expects and why he/she expects it. I consider offer conversations as much of an evaluation as interviews themselves. This is because candidates tend to show their true colours in such scenarios.

Therefore, I strongly recommend that decision makers should conduct offer conversations instead of recruiters. For example, a senior person we were trying to get onboard had sent me seven reasons justifying the need to get the same salary she was drawing earlier. One of the reasons highlighted her home loan. Even though she was asking for money, this information confirmed her interest and belief in Flipkart. Even in Udhyam’s case, people have come in with a 50% pay-cut because of their connection to the purpose.

Additionally, interactions between founders and potential candidates worked very well for us. It helped significantly in conversion. Unfortunately, these interactions are rare even in a 20-people company. At Flipkart, Sachin and Binny were roped in whenever such a need arose. They would make time to go have coffee with the candidate.

There are several founders who don’t have a tech or product management background. As they recognize the need for a CTO/ tech head, they face challenges around both sourcing and assessing potential candidates for their tech capabilities. Do you have any tips on what they can do?

To start off, I must admit that if Sachin and Binny weren’t capable techies themselves, all that has happened at Flipkart in terms of technology and innovation would not have been possible. It is crucial for founders to have a fair understanding of technology if their business relies heavily on it. I don’t mean to say that a non-tech founder cannot create a tech enterprise. With both comprehension and curiosity about technology, it is possible.

You don’t necessarily have to know to write code, but you must be smart enough to differentiate among the choices engineers are making. If not, try to get a capable co-founder who resonates with your vision. Seek help and get professionals in your network that you trust to assist with interviews. I think this is a strategy most startups miss out on. At Flipkart, if we didn’t have a certain capability inside, we looked outside for help. For instance, we looked for someone who could source for us and someone who would interview for us. Abhishek Goyal and Subrata at Accel are such examples who were of great help.

Stay tuned for Part II of this interview.