Spectrum is just the start: How 5G will enable a wave of new applications 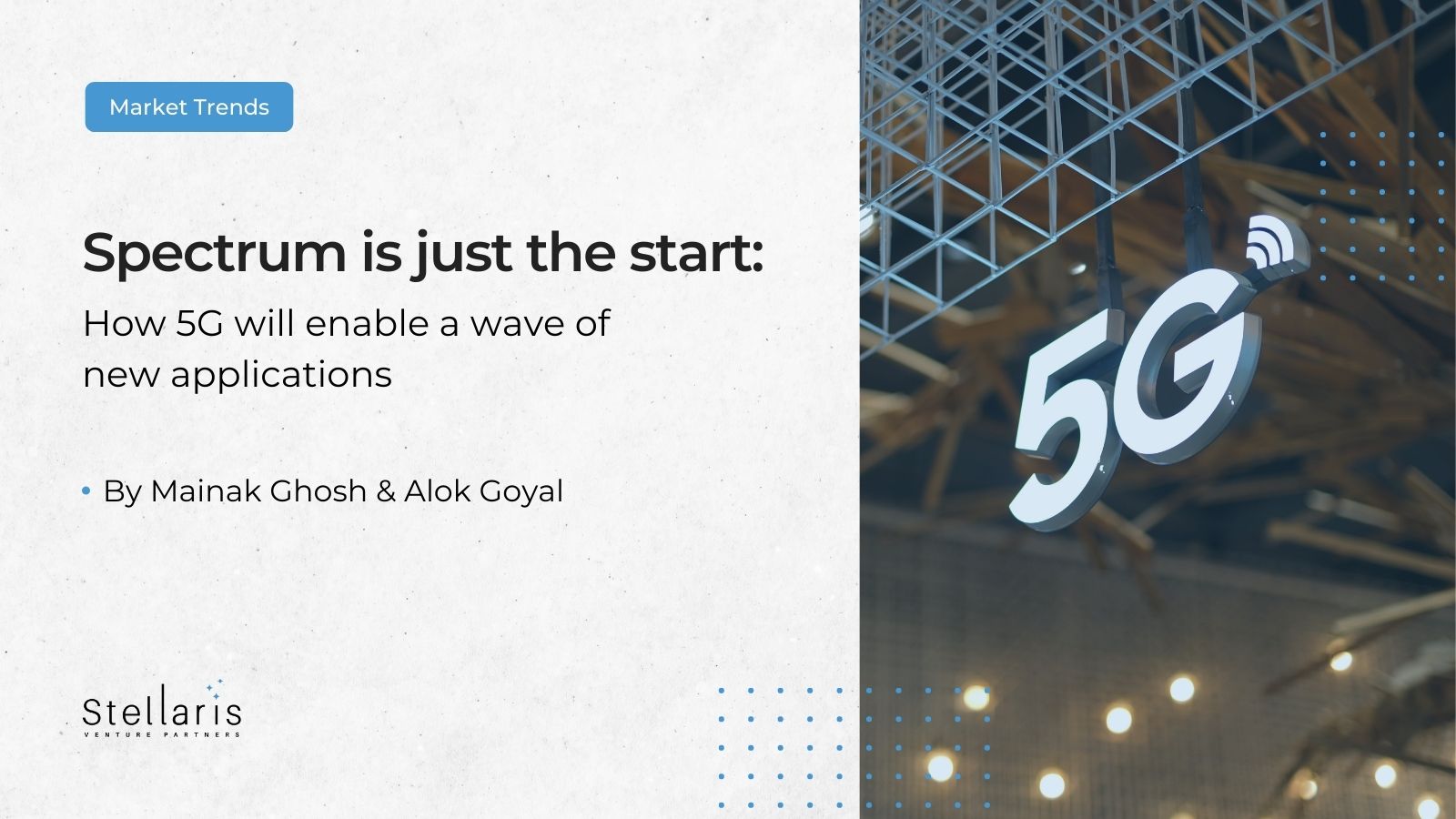 Imagine a world where drones deliver your Swiggy order to your home, where you can play Fortnite with your buddies as if they were sitting right next to you and instantly stream Netflix at 4K resolution on your phone during your morning commute. With the latest 5G spectrum auction on 26th July, India is poised to enter a world where all this and more is possible.

The 5G spectrum auction and allocation caused a buzz in the entire industry, especially with the Adani group entering the fray. The auction netted more than Rs 1.5 lakh crore and will usher in a new era in telecommunications in India. But is 5G any more than an incremental development over previous technologies like 4G?

While 5G certainly enables higher Internet speeds for more devices, we believe 5G is a meaningful breakthrough from both the technology and business perspectives, enabling a wave of new applications that are not possible using today’s technology.

From a technical standpoint, 5G’s software-defined stack and large range of radio spectrum allows telecommunications service providers (telcos) to decide bandwidth allocations dynamically as per the demand. This will allow flexibility in both price and service quality for a multitude of applications. While latency-sensitive applications like VoIP traffic require high-priority channels for crystal-clear high quality audio/video, low-energy devices like sensors can access lower-bandwidth, lower frequency channels that consume less power. For the telcos, it allows for better utilisation of their available infrastructure, setting aside more bandwidth for high revenue uses like telemedicine, banking etc. during the workday while dedicating more resources to entertainment services like Netflix and WhatsApp calls in the evenings. As India’s 100 smart cities come online, they are likely to use 5G to provide services to citizens. For example, GPS receivers onboard buses will help passengers track arrival times while intelligent lighting systems will help conserve energy while also providing safety.

This is not to mention the multitude of sci fi-like applications that will be possible with the maturation of drone and autonomous vehicle technologies. 5G’s software-defined stack and ultra low latency response times will allow these machines to offload a large part of their complex calculations to edge data centres, significantly reducing their costs and increasing their responsiveness.

5G also allows more innovative business models. As smart devices and IoT sensors become more ubiquitous, the data they generate will also exponentially increase. Manufacturers and users will increasingly have to consider the cost of data ingestion from these devices. 5G provides a sliding scale where users are able to trade-off higher latency or lower bandwidth for lower costs. Similarly, through the creation of telco data centres in cell phone towers, companies can now offload even the most latency-sensitive of their on-premise compute needs to their nearest telecom provider.

This also opens the door for digitization of existing industrial units as they can now simply piggyback on the backbone provided by telcos rather than pay for the capital expenditure to set up basic digital infrastructure like WiFi and networking switches. This seems to be the strategy for Adani Data Networks, the newest entrant in the spectrum auctions, which has said it will use 5G for private network solutions across airports, ports, power generation and transmission, distribution, and other manufacturing operations.

5G, therefore, is a golden opportunity for telcos to expand their revenue opportunities, getting closer to the services that today are monopolised by so-called ‘hyperscalers’ eg. Amazon AWS, Microsoft AWS etc. It remains to be seen if telcos win the 5G fight by leveraging their existing infrastructure and modernising their tech stack or if hyperscalers are able to win through their expertise in providing cloud services and ability to negotiate partnerships with infrastructure providers.

As smart devices become more ubiquitous due to 5G, it will provide a massive boost to the paradigm of ‘edge computing’, where computation happens across all nodes in a network, rather than simply in centralised data centres. We are already seeing a large number of companies focussing on drone development, IoT sensor networks etc. Closer to home, applications like smart homes, home security systems, cloud and mobile gaming etc. also become possible. As the number and variety of edge devices increases, there will inevitably be more demand for software services to manage these devices, an area where Indian startups are already starting to make their mark.

Mainak Ghosh is an MBA student at MIT Sloan, currently interning at Stellaris. Alok Goyal is part of the investment team at Stellaris Venture Partners, an early-stage venture capital fund where he primarily invests in SaaS companies.