The why and how of startup media 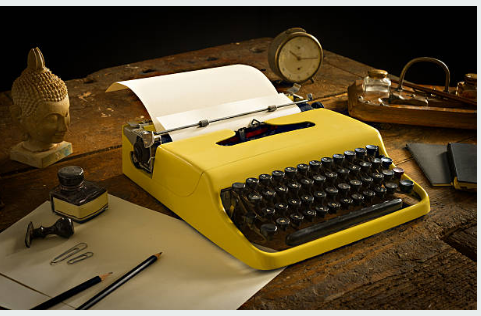 Two years ago, during my stint at The Economic Times (ET), I met the CEO of a consumer internet company who I’d been tracking from his early days. He had just raised a significant round of investment from some of the best VCs in India, his product seemed to be working, and his team was coming together. Surprisingly, his startup had close to zero media presence, and that too when he had a PR agency on board.

Out of curiosity, I asked him why he didn’t engage with the media more often. He said he believed in talking to the press only two months before the company started to raise capital, primarily to spread some buzz. “Rest, I don’t think it’s worth my time,” he said.

About two months later, I got a text from him. A reporter at ET had written an industry story without mentioning his startup, which to him was unfair (he was competing in a space with at least 25 other players). Over time, his messages increased, whether it was asking why our team didn’t call him for a quote on GST to questioning why he wasn’t a part of our yearly awards shortlist, the instances were many.

Roughly a year later, he admitted that his laxity on the media front had caused unforeseen damages:

While researching for this blog, I did a quick google search and noted that over the last eighteen months, 10 publications had covered his startup. In comparison, his close competitor had more than 60 mentions in the news.

So what really went wrong?

This is (admittedly) an example of extreme ignorance, however, it’s not unusual. And while by no means am I trying to push PR to be the number one focus of a startup founder; but it is an engine that must always be running. One can’t expect to run it every few quarters and expect any mileage out of it.

This article will talk about some of the key things to keep in mind while strategizing about external communication, especially in the context of the Indian startup ecosystem.

Here’s a secret which the PR firms and consultants won’t share. At an early stage, you can do your startup’s PR yourself, and quite successfully. In fact, most of the times, I’d recommend founders to manage the media themselves than outsource to an agency.

How do you lead PR if you’re not a natural?

Many founders don’t intuitively get media. In fact, some of India’s largest internet companies’ CEOs have struggled with media communication in the beginning. While over time, these folks have learnt the art, these are a few things that helped them get going:

For inspiration follow Paytm’s founder Vijay Shekhar Sharma, FreshDesk founder Girish Mathrubootham, and Zomato founder Deepinder Goyal. They have been some of the most active media personalities.

2. Define a long-term vision and build short-term news into that vision

As a leader, you need to articulate a clear and compelling vision –and tell a story around the ‘why’.

Who are you? Why are you here? Why should anyone care?

Your long-term vision has an impact everywhere, including controlling your media messaging. This vision can be anything,  whether it’s making transportation as reliable as running water (Uber), organizing the world’s information (Google) or making the world more open and connected (Facebook).

Once established, it gives you direction to further break down your short term goals and generate relevant content to pitch to the media.

For inspiration check out Amazon CEO Jeff Bezos.  While I am certain the journalists who interviewed him knew his obsession with customer centricity, but that didn’t stop Jeff from mentioning it 30 times in 45 mins.

Tip from Steve Jobs: “This is a very complicated world, it’s a very noisy world, and we’re not going to get a chance to get people to remember very much about us — no company is. So we have to be very clear about what we want them to know about us.”

PS: In a lot of early-stage startups, your vision will change as you grow – That’s okay. What you need to do is articulate this vision as you scale.

3. Tell a story worth writing about

I was a business journalist for six years and (guilty as charged) I was always questioning CEO’s on their numbers. In the short term, it worked both me and the founder. Long-term, I realized quite the opposite is true.

The fact was, I ended up trusting, relating and engaging with founders who approached the discussion with a story much more than the ones who spoke all facts and numbers.

People don’t just absorb facts and information. They actively listen to stories and make their inferences

Understanding their mission, thought process, interests as well as intellectual horsepower was an important differentiator for me to invest in building a relationship.

Which gets me to the point, share your story and let it unfold naturally. People don’t just absorb facts and information. They actively listen to stories and make their inferences. Stories succeed when they help us relate. When we make others feel connected to us and our experiences.

You want to be the person that everyone else wants to talk to. That may often mean avoiding the urge to throw out smart statistics and intelligent quotes, but simply being a great storyteller that everyone wants to huddle around.

Check out Bhavish Aggarwal, founder of Ola talk about his journey.

4. Build your credibility over time

Public Relations is a long-term commitment and requires a conscious effort in building a relationship.  Remember, there is no control you can exercise on a journalist. What you can do, however, is invest in building a real relationship instead of a transactional one. That builds trust, and trust builds credibility.

So, how do you build this trust?

1.   Maintain your relationship with reporters you talk to, whether they write about you or not, and be approachable.

2. Engage in meaningful conversations:  Share ideas, and opinions frequently. Discuss relevant and interesting information in your space so they know that they can call you if they need a quote.

3. Be honest:  When you lie, know that you will get caught. It’s impossible to stay consistent. Bottom line, no matter what lying did for you in the moment, it will never be worth it.

It’s not hard to build your media presence. All it takes is a focused structure, time, and passion.