Will Global companies eat our lunch? 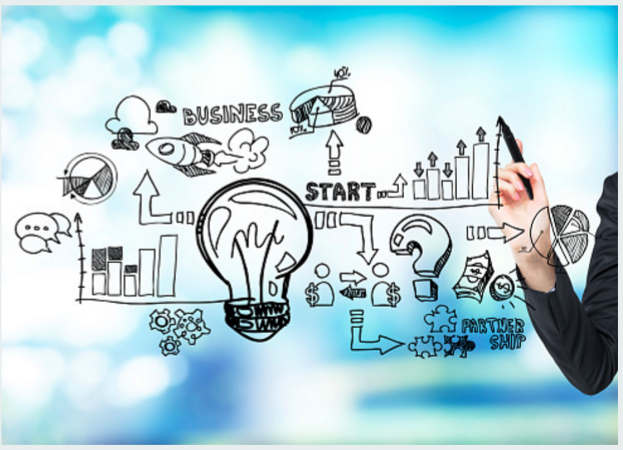 As an investor, I am often asked this question, and the simple answer is, if I believed this were true, I wouldn’t be in the business. But let me explain.

The Indian tech economy is often compared with China’s, with similar opportunities and challenges. There is one major difference of course: unlike China, India is an open internet market where global companies have already built large user bases.

The natural question then, is whether all or most of the value created in the Indian market will accrue to global companies. Arguments often stack up in favor of the global companies;

I mostly disagree, and here is my take on this:

All internet companies are not created equal. Let’s visualize an internet-usage “funnel” that takes the user from discovery of various online services all the way to their consumption:

At the very top of this funnel sit the discovery platforms – the gatekeepers to the internet – currently Google, Apple and Facebook.

For these reasons, I believe, they have been able to effectively compete in India and this part of the funnel will continue to be dominated by global platforms at least in the immediate future.

At the other end of the funnel is where the rubber meets the road – where the user completes a transaction for goods (a basket of groceries) or services (a hotel room). It is at this “bottom of the funnel” that Indian companies will outcompete global platforms, and create large market caps, even if the businesses are seemingly similar.

“So while the Facebook of India might be Facebook, the Expedia of India is Makemytrip, Monster of India is Naukri and the Taobao of India is likely to be Shopclues.”

So while Houzz is a large and successful comparable company in the US, its marketplace approach is unlikely to work in India given the execution challenges.

Keeping these challenges in mind, our Partner Rahul Chowdhri decided to back Livspace, which takes end-to-end ownership of the project right from design to manufacturing to installation. This differentiation is very hard for a global company to execute

So while the Facebook of India might be Facebook, the Expedia of India is Makemytrip, Monster of India is Naukri and the Taobao of India is likely to be Shopclues.

India specific problem to be solved

As India woke up to the internet revolution, the first set of users (e.g. the current ~50M transacting users) largely had characteristics similar to the ones in western geographies. It is, therefore, no surprise that we needed someone in India to retail books, electronics, etc.

However, India today has a larger number of internet users than the USA, and the socio-economic class of these users, their behavior, their needs, their accepted price points and the way to reach them are very different from the first 50M users.

For example, India already has 400M internet users but only ~100M English literate population. Users outside that group will need discovery platforms that have both local language and local context. This alone can create large market caps.

“Content creation and aggregation -based businesses have predominantly been local, due to both cultural and economic factors.”

Companies like Saavn have given Spotify and Pandora a run for their money predominantly due to such dynamics. Saavn still belongs to a class of “problems” that have existed in the west. However, India’s beauty is that no matter which direction you look, there are problems to be solved and large ones at that have not existed in the west. Take for example the case of supply chain structure for most categories of goods and services:

Take, for example, companies that are leveraging the Aadhaar infrastructure, or the ones that will soon come leveraging GST or the India stack. Innovation on top of this infrastructure is likely to come from India.

In addition to the execution intensity, network effects present a very large moat around internet businesses. Once a network is established by an Indian startup, it becomes very hard for even a large, global corporation to dislodge it from pole position. For this reason, Indian companies are market leaders in virtually every network business.

Geographical expansion to India comes with massive diseconomies. The few global companies that have tried to compete have faced very high cost, or very public failure, or both.

In general, it is both more expensive and more time-consuming for global firms to reach scale in India than local firms, for a variety of reasons:

But what about Amazon and Uber, you may ask?

Amazon and Uber, of course, are examples of high-quality execution and very strong commitment to the Indian market. Still, it’s telling that both firms have had to make up-front capital commitments in excess of a billion dollars, and yet neither is a market leader in India. How many global firms will have such appetite also remains to be seen.

“Uber has trailed Ola for 3 years despite engaging in a bruising price war. The last word on the Amazon-Flipkart has also not yet been written.”

It is true that Amazon execution in India has been nothing short of exceptional, but let’s not forget that they are burning close to $500M every quarter in their international business, most of which is on India’s account. Amazon has deep pockets, but should there be a deep-pocketed backer for Flipkart, who knows how this picture will change.

Uber has trailed Ola for 3 years despite engaging in a bruising price war. In my opinion, the last word on the Amazon-Flipkart has not yet been written.

Also, for all the copy-paste debate about Indian players, there is significant India specific innovation that is copied the other way around, also explaining why many of the Indian players have not only survived but also thrived despite the capital tsunami from the larger global peers:

India’s open internet market obviously allows global companies to compete here. I believe the same openness will, over the next decade, allow Indian entrepreneurs to compete globally. This has been demonstrated already in B2B companies like Freshdesk and Axtria, where Indian entrepreneurs are able to use their global access to sell software and services to global clients.

While it is early days for consumer internet companies, players like Simplilearn, who we backed in our past, have already had a significant chunk of their revenues coming from overseas markets.

In fact, Indian startups that are targeting a global market represent a growing share of the intake of global accelerators like Y-combinator and 500 Startups, and with sufficient availability of capital and support, it’s only a matter of time before an Indian startup creates the next big global consumer product.

As I said in the beginning, I would not be in this business if I did not believe that Indian companies will thrive despite the presence of some of the global companies. That does not mean that Indian companies can take the global peers lightly – they will be forced to innovate continuously to be one step ahead, build network effects to build defensible moats wherever feasible, and leverage unique Indian innovations such as India stack.

Will there still be instances where a global company will eat our lunch? Maybe. But it’s no more likely than local companies eating their dinner!