Will consumer tech rule the enterprise? 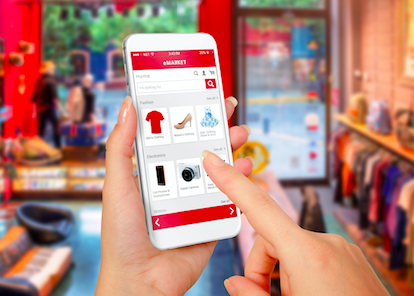 I often get asked will consumer technology companies take over the enterprise world. The argument usually is very simple and goes like this — the consumer tech giants have more cash, can attract the best engineers, know how to build great products and were built in the cloud, so why would they not win in the enterprise.

I am probably asked this (my guess) because I have had stints at SAP and Google and was part of the team that led the transformation of Google Apps (now G Suite) from leading consumer services to a strong position in the enterprise market.

Before we get into the meat of the matter, it is important to make sure we are all talking the same language. First, I use the word “enterprise” to mean business customers which include both small business and large business customers.

I wanted to clarify this since sometimes the “enterprise” market is used to refer solely to the large business customer segment. Second, by consumer tech companies I am mostly referring to AWS, Google, FB and various start-ups that have built services for consumers but are now targeting “enterprise” customers.

I am excluding Microsoft from that list because, in spite of having a well-established consumer business (Xbox, Office, Surface and Bing), it has traditionally been a strong player in the enterprise. I have also excluded Apple because it currently does not have a major presence in application services. Third, by enterprise tech companies I am referring to platform and application service providers who build their services solely for use by enterprise customers. This includes traditional players like SAP and Oracle; more recent leaders like Workday and Salesforce and recent entrants like Box and Slack.

Now back to our main question at hand.

There are several examples that would let one think that the takeover by consumer technology companies is inevitable. This is most obvious in the platform space, so let us start there. The most notable examples are AWS and Google (my erstwhile employer) — 2 of the 3 horses running the cloud platform race, along with Microsoft. Established enterprise players such as Cisco, Vmware, HP have all exited the public cloud infrastructure market over the last year or so.

Recently GoDaddy too threw in the towel. Not all enterprise players have entirely given up yet. IBM and Oracle are digging in their heels. Its unclear if these companies can be competitive in the pure cloud infrastructure market [although, it’s entirely possible that they may be successful in offering platform services tied to their proprietary capabilities in machine learning and databases respectively]

Moving beyond the platform, there are several consumer companies that are offering productivity applications to businesses. Google is the leading example in this category with their G Suite offering. Facebook also has had some initial success with their “FB at work” offering to help businesses streamline communication and collaboration.

Companies like Evernote and DropBox that started out as consumer services have also pivoted to focus on business customers with success. DropBox has been reported to getting ready for their IPO and to have achieved $1B run rate. In spite of the above examples, this segment still has several “enterprise only” players that have maintained strong positions in the market such as Slack, Atlassian, Asana, Box, Blue Jeans, etc.

“Most consumer companies need to serve billions of users in all parts of the world. This forces them to build, innovate and optimize their infrastructure at a much more feverish pace.”

Looking even further, beyond platform and productivity applications, AWS and Google have started to offer business application services. Earlier this month, Google launched Hire, an applicant tracking service. AWS had previously announced offering call center as a service. These services are relatively nascent and probably have had a minimal impact yet on any of the major incumbents in the business application market, such as Salesforce, Workday, SAP, Oracle, etc. So we have to wait and watch how this unfolds.

Overall, this phenomenon is not limited just to US consumer companies. Alibaba and Tencent have also launched enterprise offerings. So looking at all these data points, one would assume that the consumer technology providers are out to eat enterprise technology providers’ lunch. To really understand the dynamics that are in play here, it is useful to understand what’s fundamentally different about consumer tech companies. Besides their trillion $ market valuations there are two things that set consumer tech companies apart.

The first and main difference between the 2 companies is user paranoia. Consumer companies realize their user is very fickle and getting the right product-market fit and engaged users is really (really…. really) hard. This paranoia results in not just a different product design process but also a very different engineering approach and a product launch rhythm (in spite of both types of companies using Agile dev methodology). Enterprise companies, on the other hand, feel they really know their user, and sometimes feel they know them too well. Here are some examples to make this difference more tangible:

Learning velocity: Because of their paranoia of users, the product & engineering teams in the consumer world are focused on learning and responding to the lessons learnt as quickly as possible. As a result, they launch product enhancements very frequently, sometimes weekly. Google Apps as an example did well over 300+ customer facing launches a year. The goal is always to get the product or feature in the hands of users as early as possible so you can begin to analyze real usage data to improve the product or feature launched. Enterprise teams, on the other hand, learn not just from the user feedback but also the market and sales feedback. These cycles in the enterprise tend to be much longer. Several well-established enterprise players have 2–3 major launches a year.

Launch when ready vs expected: Consumers companies rarely set market expectations of an upcoming launch but on the rare occasion they do, they are more willing to hold a launch to get it right. Enterprise companies on the other hand, almost always pre-announce the product and meeting the market timelines often becomes the primary goal of the teams.

Roadmap: Consumer companies are very nervous about creating long term roadmaps (even internally) because they are constantly testing what the user wants. This results in frequent shifts in direction of the product. Enterprise customers, on the other hand, are quick to develop 2–3 year roadmaps of products that have just been launched [enterprise customers have learned to require their roadmaps and treat it as a sign of “enterprise readiness” of a service provider].

The second (obvious) difference is scale. Most consumer companies need to serve billions of users in all parts of the world, accessing their services on all sorts of devices and all types of bandwidth connections. Moreover, they have to build this infrastructure ahead of their revenue. This forces them to build, innovate and optimize their infrastructure at a much more feverish pace. There are very few enterprise markets (with AdTech as a possible exception) that operate at this scale. The leading cloud providers (AWS, Google, MS and possibly Alibaba & others) are operating at a scale that dwarfs anything on the traditional enterprise side.

So with this background, what can we say about the future. My favorite forecaster is the tennis commentator Steve Tignor, who predicted Marin Cilic to win over Ro8er Federer at Wimbledon :-). So take this with a lump of salt.

To win in the infrastructure platform market, consumer providers need to meet not just the core product needs but also the compliance, security, contractual and ecosystem needs of their customers

Markets (read as Infrastructure platform) where scale matter are likely going to be won by the consumer giants. This (paraphrased) quote from Andy Jassy of AWS makes this scale difference tangible, “every single day we are adding the same amount of new servers as Amazon had when it was operating a $7B retail business” (see this University of Washington Lecture, Andy talks about scale 19 minutes 30 seconds into the talk).

Google invests $30B in their cloud infrastructure every year. It’s hard for any enterprise focused vendor to match this level of investment. To win in the infrastructure platform market, consumer providers need to meet not just the core product needs but also the compliance, security, contractual and ecosystem needs of their customers. The large consumer players have shown that they are willing to do it and learn what is needed to do business with enterprise customers.

On the cost side, consumer tech giants have to deal with more than just the cost of building for the enterprise. Enterprise needs can often be not just different but polar opposite of consumer needs. For example, sharing with friends and social media requires a very different way of thinking about privileges than sharing within a company. Building for the enterprise can create “tax” for the core consumer product, such as additional regulatory compliance or different data management and privacy requirements on the infrastructure.

Finally, an intangible cost is the impact of culture and talent. Product & Engineering teams can sometimes consider building features for the enterprise as boring and less challenging technically (this is not necessarily the case with the platform). On the benefit side, the application markets tend to be much smaller and fragmented.

In the longer term, application markets may not have the same attraction for consumer tech companies as the platform has

For example, CRM which is one of the largest business application market is estimated to be in the $30B range(and quite fragmented with the top 5 players having less than 50% share), which is still much smaller than the cloud platform market, estimated to be in excess of $100B. In the longer term, application markets may not have the same attraction for consumer tech companies as the platform has.

Consumer companies that are having success in applications world are adopting an “enterprise first” and in some cases “enterprise only” mindset. For example, the Apps team at Google has over the last year launched several “for enterprise only” products recognizing that needs of an enterprise user are different than a consumer, e.g., Meet, Cloud Search, JamBoard, and AppMaker. Enterprise players like SAP, Workday, Salesforce, Slack, Box, etc. et al can continue to be successful as long as they deliver great products for their users.

What does this all mean?

Consumer tech is likely to dominate the infrastructure and platform markets. Enterprise players are ceding this market as they cannot compete at the scale needed and be profitable as these markets continue to come under price pressure. But the jury is out on productivity and business applications, with both the consumer and enterprise players battling it out for share of mind and wallet. To be successful, consumer companies will have to embrace an “enterprise first” or “enterprise only” mindset. Enterprise players may have a slight advantage, especially with business applications. Can they build on it and tip the scales in their favor — it’s likely and many like me will be watching closely as this story unfolds.

(Rahul Sood is Product-focused, General Manager with a proven track record of launching new products, building businesses, scalable processes, grooming talent and leading change.  He led Google Apps and Search Appliance GTM efforts from 2014 thru 2017. Prior to that, he led the Product Management team for the Google Apps Platform and Distribution. His areas of interest include enterprise software and cloud. He completed his engineering from IIT Delhi and MBA from IIM Calcutta.)