Creating the discussion platform for Bharat : Our investment in Manch 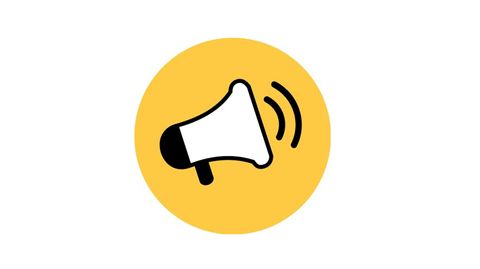 “Indians are an opinionated lot” – so much so that Mr. Narendra Modi made ‘Chai pe charcha’ as the key publicity drive of his last election campaign. But you don’t need to take anyone’s word for it – you just need to attend an Indian wedding or visit the corner tapri (chai shop) to be convinced! Early signs of this chatty nature of Indians in the tech world is evident in the fact that Indians are one of the largest community of Quora. But as with everything in our amalgamated nation, there is a contrarian side to this – a very small percentage of Indians are contributors across social media platforms.

This made us think – what enables a person to speak up/ express what they truly feel and think?

Our interviews with hundreds of new age internet users in cities like Surat, Ajmer, Jaipur etc. revealed that WhatsApp, Facebook and Youtube largely define the internet for them. While in the offline world, these new age users have an opinion on everything – TV soaps, local politics or a grand wedding in town – they have no online platform for this discussion today. In the last few years, we have seen multiple vernacular content based startups emerge, though they have primarily focused on entertainment needs – the closest one gets to discussion is Whatsapp groups! As our vernacular internet users evolve, we strongly feel the need for a platform which enables free flowing discussions in native languages.

India, with its open internet, a nuanced ecosystem of multiple local languages and a culture of debate, provides an exciting opportunity to create a platform around interest communities and open discussions. We feel that such a platform would have much higher number of users than global parallels as our vernacular internet population has already surpassed English internet users and continues to grow at a rapid pace. Such a platform could offer strong network effects on the back of strong community, and active content creation in the form of discussions which would make it extremely defensible against global peers.

A conversation has 3 key elements – language, topic and participants/ audience. To voice your opinion you need to be in your comfort zone, which is typically driven by the language that you can use, your interest in the topic and the connection you feel with the group in which you are having that conversation.

When we met Pritam a few months back, he had recently returned from a three month trip across small towns in different parts of India and had an interesting point to make – “Language is not the only barrier when it comes to participation of Bharat on internet”. Pritam paired up with his colleague Hari and is building ‘Manch’, where people can voice their opinions on their areas of interest – whether it be a discussion on local elections or update on local festivals or conspiracies around Big Boss participants. They can use their preferred language and create a community of like-minded people where they feel at ease. It was galvanizing to hear Pritam and Hari’s research of the vernacular audience and relate it back to their childhood memories as both of them hail from small towns and had lived a similar life for over 15 years.

Pritam graduated from IIT Bombay, is a repeat entrepreneur and has a unique experience of having seen both B2B and B2C worlds of product management with his experience in Walt Disney and Vymo. Hari, who is a graduate of Osmania University has seen different parts of technology up close while working at Oracle, Samsung, Agilet and Vymo. Both of them complement each other as Pritam leads the product & business – understanding consumer behaviour and needs, and Hari handles technology to translate that understanding into reality.

As ‘Manch’ embarks on this journey, what shape the platform takes remains to be seen but with every product update the company gets a step closer to making users in Bharat comfortable enough to express their opinions and engage in discussions. The team is condensing its learnings, which are part art and part science, in the product to create a magical flywheel which will make a billion users share and discuss online.

The insights of the team, their hustle to iterate and their hunger to make it big is what convinced us to back the company and we look forward to this journey! If you also have an exciting idea that you are working on with the desire to make it big, we would love to know more and see how we can be a part of your journey. Please do reach out to us at aditi@stellarisvp.com, rahul@stellarisvp.com, mridul@stellarisvp.com.

Enterprise sales is a journey, not just a transaction. It …

High Quality, Personalized, Affordable – What Tuitions Should Look Like, and Why We Invested in Swiflearn

Creating a Step Change in Effectiveness for B2B Marketers, or Why We Invested in Slintel

Imagine you sell a SaaS-based HR tool to enterprises. Your …

As an investor, some investment journeys are a delight to …

Signzy: Ushering in trust in the digital era

Opened a bank account recently? After those visits from …

Mamaearth – bringing the best of nature for you and your baby

Ever wondered why all mosquito repellent TV commercials have kids? …

A version of this article was published in Mint on …

I hail from a town called Kota which is now …

North-East, the land of seven sisters, with a population of …