Early-stage investing in India: Observations of a one-year old 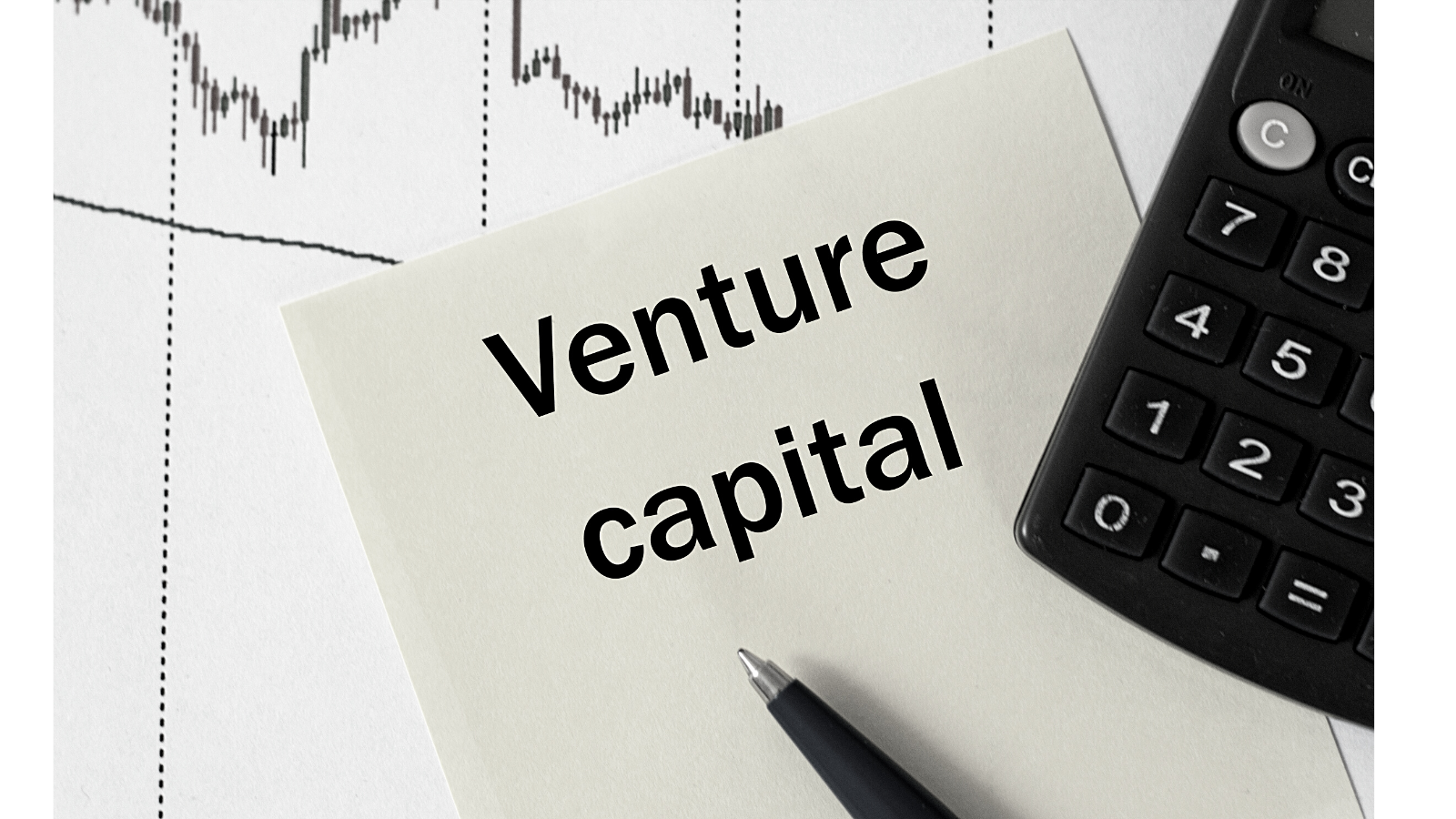 I made an excited jump into early stage investing on Friday the 13th last December. The 22 year old me devising randomized algorithms in Bharti Building’s labs at IIT Delhi had no idea that his 25 year old version would be sitting in startup pitches 5 days a week.

Thus, in some sense, last Sunday marked one full year of the most radical decision in my life so far. This article is for sharing some of the learnings I have had post that decision.

I joined early stage VC for one simple reason: I wanted to learn about startups in a breadth first manner from ambitious and resilient people on Zero to One journeys. Reflecting back, that expectation seems to have met reality quite well. My job has indeed given me front-row access to Bangalore’s most exciting meetings (after Dosa-dates at the city’s breakfast joints).

What has come as an added gift, however, is the dazzling variety of learning I have received during internal debriefs at Stellaris. As (by far) the youngest member in the investment team, I am often asked to speak first while discussing an investment opportunity internally. It forces me to (A) develop an independent point of view, and (B) attempt articulating it logically. While there are miles to go before I sleep, I have noticed the increased maturity in my business thinking vis-a-vis my 2019 version.

Following is an unranked (and non-exhaustive) list of observations I have made over the last one year as a young early-stage investing insider in India:

1.It’s all about people and timing

In a hyper-connected world having the lowest information asymmetry in the history of humankind, very few successful businesses can hope to be built on the back of a “novel” idea alone (except for a few pockets of opportunities in deep-tech). For every sector I have explored, and for every business model within it, I have always found more than one company doing something similar. The material difference between any two such companies comes from (A) having different founding teams, and (B) being at different points in the journey.

It took me a while to appreciate that the most reliable way of creating alpha in venture investing is either by identifying rockstar founders early, or by investing ahead of the curve in a growing market. It is in sharp contrast to what I had learnt as a part-time quantitative trader in college, wherein generating alpha was possible through exploiting mere statistical arbitrages.

2. Ambiguity is the norm, rather than the exception

Companies at the early (Seed/Series-A) stage have little to demonstrate in terms of traction. The deal evaluation cycles for early-stage investors are also much shorter than their growth-stage or PE counterparts. Instead of trying to model all likely scenarios of an investment, one needs to zero-in on the most important questions – typically <5 – for building conviction. It was an overwhelming change in style of thinking that I had to go through in the initial days of VC, coming from a job (at Goldman Sachs) where I had to quantitatively model price/risk attributes of every asset for dozens of macroeconomic projections.

Moreover, in my personal observation, finance/accounting knowledge has almost no use while evaluating early stage deals. For instance, I don’t remember the last time I looked at a balance sheet to form a POV on the health of a pre-Series B stage startup. Early stage investing is full of subjective decision-making and seldom a financial modeling exercise.

3. Information exposure is a double-edged sword

If you follow startup Twitter (or LinkedIn, or Medium, or whichever social media platform you fancy), you’d empathize with me that there is simply too much to read and absorb about startups. VC analysts, in particular, are exposed to endless streams of newsletters, blogs, threads, reports, podcasts, webinars, etc. in their daily jobs. As a result, they can end up knowing quite a bit about quite a lot, which can be tricky. I have often found myself near the dangerous peak-area on the Dunning Kruger curve. As of now, balancing the need to be generally informed and the requirement of depth in investment areas of interest is a W.I.P. item.

4. Power-law is an omnipresent force in venture investing

Even for a casual observer of the startup ecosystem, it is well-understood that a handful of companies end up constituting the majority of value for venture funds. The cost of losing all your money in even 80% of all investments you ever make is tiny in front of the opportunity cost of missing out on even one mega success. Thus, it makes sense to minimize false negatives (e.g., missing a future decacorn) rather than false positives (e.g., doing only “downside protected” deals). The flipside of this approach, however, could be that one gets too scared of passing a “hot” deal (i.e., a company that other investors are chasing) even if one doesn’t have internal conviction for it. The VC veterans I have begun to admire most have consistently outperformed others at identifying future unicorns while avoiding FOMO.

5. VC isn’t about glam or control

I joined venture capital for entirely different reasons (covered above), but I would be lying if I said I wasn’t also enamoured by the aura of venture capitalists in startup media. As an outsider, it seemed it must be such a rewarding experience for VCs to be able to drive the course for the country’s most exciting new companies. Today, my perspective is dramatically different. While investors do play a critical support role for building bold new companies, it is essentially the company’s founders who drive it in any direction. In the early days of your career, in particular, it’s generally very hard to cater to one’s company-building desires, if any. One would often be roped in for specific strategic projects in the portfolio, but making decisions for portfolio companies or managing operations for them lies outside the scope of this job.

Secondly, there is both lower scope and lesser relevance of visibility-building and credit-taking for VC professionals than what is apparent from the outside. Ask any well-known fund and they’d tell you that branding dollars are spent much better in associating with successful portfolio companies than in promoting the investment team’s background/opinion-pieces. In my opinion, a VC career is more satisfying for people who are okay with sitting out of the limelight.

6. A CSE background could be helpful in its own way

When I had made up my mind to switch to an early stage fund last year, I was an atypical candidate for most funds that I applied to/received offers from. It was surely a bit intimidating to be a newcomer CS guy in an industry dominated by ex-founders, consultants, and bankers. But the industry has been warmly welcoming so far, something I am incredibly thankful for.

One clear personal positive of coming from tech has been the ability to appreciate the tech-stacks of companies that I work with. The benefit is amplified for evaluating enterprise-tech deals, in particular.

Moreover, quite a few of the CS/Math classes I did in college have proved useful in unanticipated ways. For instance, my data science professors taught me how it is almost a crime to not correct for biases in datasets and why correlation != causation. That kind of training helps immensely in analyzing markets/consumer surveys, and prevents me from making conclusions without data-based evidence. The probability professors taught me how to deal with expected, rather than absolute, values – which comes handy in navigating some of the risks entwined with early stage investing. Building mental models that are Markovian in nature helps me keep past experiences at bay from clouding present judgments. Overall, it’s pleasant to be able to leverage my CSE background on the job much more regularly than I had expected.

7. VC is a linear journey

A central irony of venture capital is that unlike VC-funded tech startups that grow exponentially, a VC career grows only linearly. I starkly remember one of the first sessions that I attended on Venture Capital by the incredibly articulate Ritesh Banglani. He argued that it takes a minimum of 10 investments to pan out over 5-7 years to be able to judge how good a VC investor one is. In a typical $100M+ fund, direct involvement in 10 such deals would take 5+ years. Thus, from my end, any blog titled “My tryst with venture capital” is at least half a decade away 🙂

If the Indian startup ecosystem interests you and you are generally curious about what an entry level career in early stage VC looks like, I would love to hear which points stood out for you.

Also, goes without saying that if you are yourself a VC professional, I would be keen to hear your version of the above observations.

My inbox is always open at anagh@stellarisvp.com!