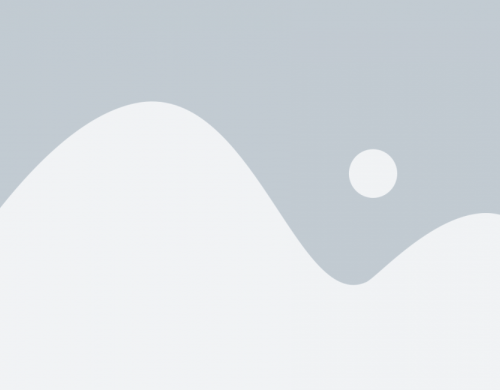 Technologists and tech investors are fond of saying “data is the new oil”. Often, they mean that data is the fuel that powers the new economy. But data and technology are also the new oil in another sense – they are the most strategic national assets of the 21st century. Yet our country is, unknowingly but systemically, handing over ownership and control of technology companies to foreigners.

Take autonomous vehicles, for instance. At some point in our lifetimes, they will constitute a majority of vehicles on Indian roads. To me, it is self-evident that this technology should be domestically owned and controlled. However, an Indian company that develops such technology has a near-zero likelihood of raising money domestically, and in all probability will be majority foreign-owned even before the product is launched. In the absence of a coherent and coordinated technology policy, we are pushing such strategic assets further and further into the arms of foreign owners.

Let’s start with our tax policy, which actively discourages domestic Indian investment into technology startups. An Indian angel investor is taxed at 29% for gains made on a startup investment. A foreign investor pays 10%. A stock market investment by the same Indian investor is taxed at 11%. On top of that, she must report to the taxman her shareholding in each startup company and its current value on an annual basis, only for that value to be questioned by tax authorities. Why then should she even bother with such a risky asset class?

The world over, large financial institutions are the primary investors in startup companies, either directly or through venture capital funds. India took a massive positive step in this direction by setting up of the Fund of Fund for Startups (FFS), with its ₹10,000 Crore corpus managed by SIDBI. This has enabled many new funds to start investing in this asset class. However, the FFS has remained a flash in the pan. Other large Indian financial investors are discouraged from investing in this asset class. Pension funds can’t invest at all, and insurance companies can only invest with stringent riders that are hard to satisfy.

In 2012, SEBI set up a regulatory framework for domestic Indian funds that invest in startups – the Alternative Investment Funds (AIF) regulations. It was a far-sighted piece of regulation that finally provided the guard-rails for funds to raise domestic capital. But like many other well-intentioned regulations in our country, the rules have changed mid-stream. In this instance, the regulator has come up with new guidelines that make it harder to run an AIF. EODB RIP.

For example, the new rules significantly increase the paperwork from the already insane amount we generate compared to our foreign counterparts. There’s a new requirement for an annual “compliance audit” in addition to the mandatory statutory audit and independent valuation. All this new paperwork merely certifies that you’re following the terms of your existing paperwork, even when nobody claims otherwise. Venture funds have extremely lean teams, with one or two people managing all fund administration. The new paperwork will only create employment for a range of consultants, outsourcing partners and auditors – and increase the expense burden on investors.

The new regulations also violate another fundamental tenet of the industry – that private equity is PRIVATE. SEBI has now limited the terms that can be negotiated between investor and fund manager. Even the documents between the two need to be written in a specific format, even if both parties prefer something different. The funds will also have to disclose their performance to a third party, and the benchmarking will be made publicly available for all AIFs. Bye-bye nuance, hello mis-selling my old friend.

Absurdly, Indian venture funds must pay GST on their cost of running the fund, because the government defines “fund management” as a service. It’s like saying that a CEO is providing “management services” to the company for which it must pay GST. The result, again, is a higher cost to the investor which amounts to roughly 3.5% of capital.

The net result of all this is that Indian investors need to produce more paperwork, pay higher taxes, incur higher costs and operate within tighter constraints than their foreign counterparts. Startup investing, then, is more a labour of love than a viable economic activity for the domestic investor. At some point she will throw in the towel and move her investments to the stock market. So will the fund manager who may find it more lucrative to source investment opportunities for foreign investors than run an Indian VC fund.

So, what can be done about this? First, the government needs to recognize the strategic importance of this industry. The top five most valuable companies in the world (and 7 of the top 10) are technology companies. I would wager that this will be true of Indian companies within 20 years. These companies will control technology vital to areas like defence, governance, healthcare, transportation and industry. This realization will hopefully spur policy action in the right direction.

Second, the country needs a unified technology policy, much like we have holistic policies for other critical sectors like education and healthcare. This will require coordination between various government ministries and regulators to ensure everyone is rowing in the same direction. Hopefully the policy formulation will involve representation from the industry – both startups and venture capital firms – so that its impact can be assessed in advance rather than post facto. As important as the content of the policy will be its consistency and predictability – startup investments are long-term and illiquid, so investors will need an assurance that the rules won’t change midway.

Third, the mindset of the authorities must shift from one of suspicion to one of promotion. Startup investors, far from being the crooks they are presumed to be, are the drivers of the brave new world and need to be recognized as such. It is only fair that domestic startup investors are treated on par with foreign investors, and that startup and AIF investments are made at least as attractive to investors as public equity investments. If AIFs are subject to the same rules as foreign investors, we will likely see them allocate foreign capital too – which will retain control, if not ownership, within India.

Not for a moment am I advocating for protectionism in the Indian technology industry. India has world-class entrepreneurs who can compete with the best on their own terms. A level playing field with foreign investors, though, is the least this industry needs to keep the crown jewels in Indian hands.

“A modified version of this article appeared in the Economic Times on March 5, 2020“