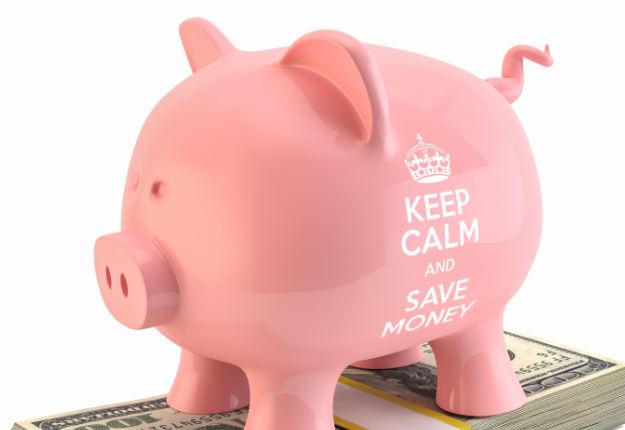 If you have raised venture capital in India in the past few years, you have surely asked yourself the question, “Should I be raising venture debt as well?”. Venture debt, as the term suggests, is a form of risk financing through debt rather than equity. In India, it usually translates to a medium-tenure (2-4 year) term loan offered to startups that have recently raised venture capital, often accompanied by the issue of equity warrants to the creditor. Since most technology startups don’t have tangible assets or positive cash flows, venture debt is often the only form of debt financing available to them.

The venture debt asset class has flourished in India over the past 5 years. From just one active firm – Silicon Valley Bank – in 2013, we now have 7-8 active venture debt providers with more entrants announced every year. Some prominent firms to have set up shop during this period include Alteria Capital, Trifecta Capital, Innoven Cap, and more recently Sachin Bansal’s BAC Acquisitions.

Clearly, there is sufficient demand for their offerings for these firms to raise and deploy large amounts of capital. The question, though, is whether it is in a startup’s interest to take on venture debt, and whether the additional risk it entails is acceptable.

In the ordinary course of business, venture debt is a crazy proposition for startups. Unprofitable almost by design, startups usually have massively negative cash flows, and consequently zero ability to service even the interest on the loan, leave alone repay the principal. The venture capital they have raised is budgeted to fund operational expenses, not EMI payments to the creditor. Since the creditor has first right over the assets of the company, venture debt creates a significant new risk – one missed payment and your company could be in trouble. Further, using venture capital, which costs upwards of 25%, to repay a 14% interest rate loan doesn’t make commercial sense – it’s like using a credit card to make your mortgage payments.

Venture debt providers often talk about “runway extension” as a value proposition – more cash in hand gives you more time to demonstrate a tangible business milestone, and thus increase your chances of a successful next round. That proposition would make sense if the term of the loan were significantly longer than your runway. But most venture debt in India is for a term of 24-30 months, not meaningfully longer than the runway of a typical startup. Consequently, you are required to repay most of the loan (with interest) before your equity runs out.

Let’s do the math to understand this better. Say you just raised ₹100 in venture capital that you plan to spend over 20 months, and supplemented it with a 2-year term loan of ₹20. The EMI of the term loan will come to approximately ₹1, raising your monthly burn from ₹5 to ₹6. The resulting runway is ₹120/₹6, the same 20 months you had earlier. Companies will often negotiate a longer loan tenure or a repayment moratorium, but that seldom extends the runway beyond 2 months. This hardly seems worth the cost, in terms of interest and equity dilution due to warrants.

Some founders also make the argument that there is very little to lose – the company is a risky investment anyway, and if someone is willing to fund it at 14%, why not take the money? If we run out of money and fold, it’s the lender’s problem, not mine.

That argument ignores the role of the VC investor. Startup failures are rarely black and white. Sometimes the company is unable to raise a new round despite doing passably well; sometimes success seems to be around the corner. In these situations, existing VC investors sometimes provide “bridge financing” to give the startup additional runway to prove the business model. When that bridge is used to repay venture debt, it effectively transfers the risk from the creditor to the VC. In addition, given that this is a “repeated game” between the VC and the venture debt provider, the VC is under pressure to provide such bridges, else other companies in their portfolio may not be able to raise venture debt. This often means the VC effectively underwrites the venture debt round and carries the risk, while not participating in the upside generated by that capital.

So, should you never take venture debt for your startup? Of course not. Several of my past and present portfolio companies have benefitted from venture debt financing, and I continue to recommend the product to many new companies I invest in. However, very much like venture capital, venture debt is suitable in a very specific set of circumstances. If taken indiscriminately, venture debt can create an unacceptable level of risk, or impose inordinate costs on the company with little upside.

One such situation, obviously, is when the additional capital raised through venture debt leads you to profitability. If you are profitable at a unit level, and a little more capital can take you to a positive EBITDA, venture capital may be too expensive a proposition. You are better off taking the debt, which you can start servicing from your operating cash flow once you are profitable. In fact, venture debt may even help build your credit profile to enable you to take on debt from traditional sources (banks, NBFCs) as your cash flows become stable.

If the round does happen earlier, venture debt provides a non-dilutive way to get to a higher valuation

Another good use of venture debt, which took me years to understand, is to take advantage of the information arbitrage between the company and outside investors. If you reasonably believe that the company is on a tear – it has proven product/market fit, is a leader in its category and has strong growth momentum – it is likely that the rest of the market will discover it after some time. In such cases, the next round of financing often happens sooner than planned – say in 9 months instead of 18 months – and it makes total sense to press on the gas pedal and capitalize on the opportunity, with venture debt providing the extra fuel. If the round does happen earlier, venture debt provides a non-dilutive way to get to a higher valuation. If it doesn’t, it provides the cushion for a few months of extra burn without materially affecting your cash balance. However, in assessing the prospects of next-round financing, it is important to have an accurate pulse of the venture market and not drink your own Kool-Aid.

A third scenario where venture debt can help is when your business has two distinct categories of burn: a high-risk “operating” burn, and a lower-risk “balance sheet” burn. Say you are a lending platform that covers 15% of the risk of the loans that pass through your platform, but your actual default rate is 2%. Or say you use your equity to buy assets that demonstrably retain their value over a long useful life. There is no need to waste valuable and expensive venture capital on such low-risk cash burn. It is in your best interest to finance it initially with venture debt, and later with bank debt. As before, it is important to accurately assess whether such balance sheet burn is indeed low-risk, and not overestimate your ability to recover or sell the asset if required.

In the end, the existence and continued growth of this asset class depend on total transparency and trust between the founder, the creditor and the VC. Because the failure rate of VC and venture debt are necessarily different, it is incumbent on the VC to be discriminating in the companies they recommend for venture debt. Similarly, it is important for the founder to honestly evaluate and communicate their chances of an early fundraise (or getting to profitability) before asking for venture debt, else they may risk losing the company or diluting themselves severely.

Used judiciously, venture debt can create tremendous value for all parties concerned. Taken indiscriminately, however, it can be a ticking time bomb for India’s startup ecosystem.