Paying it Forward with the Stellaris Founder Network 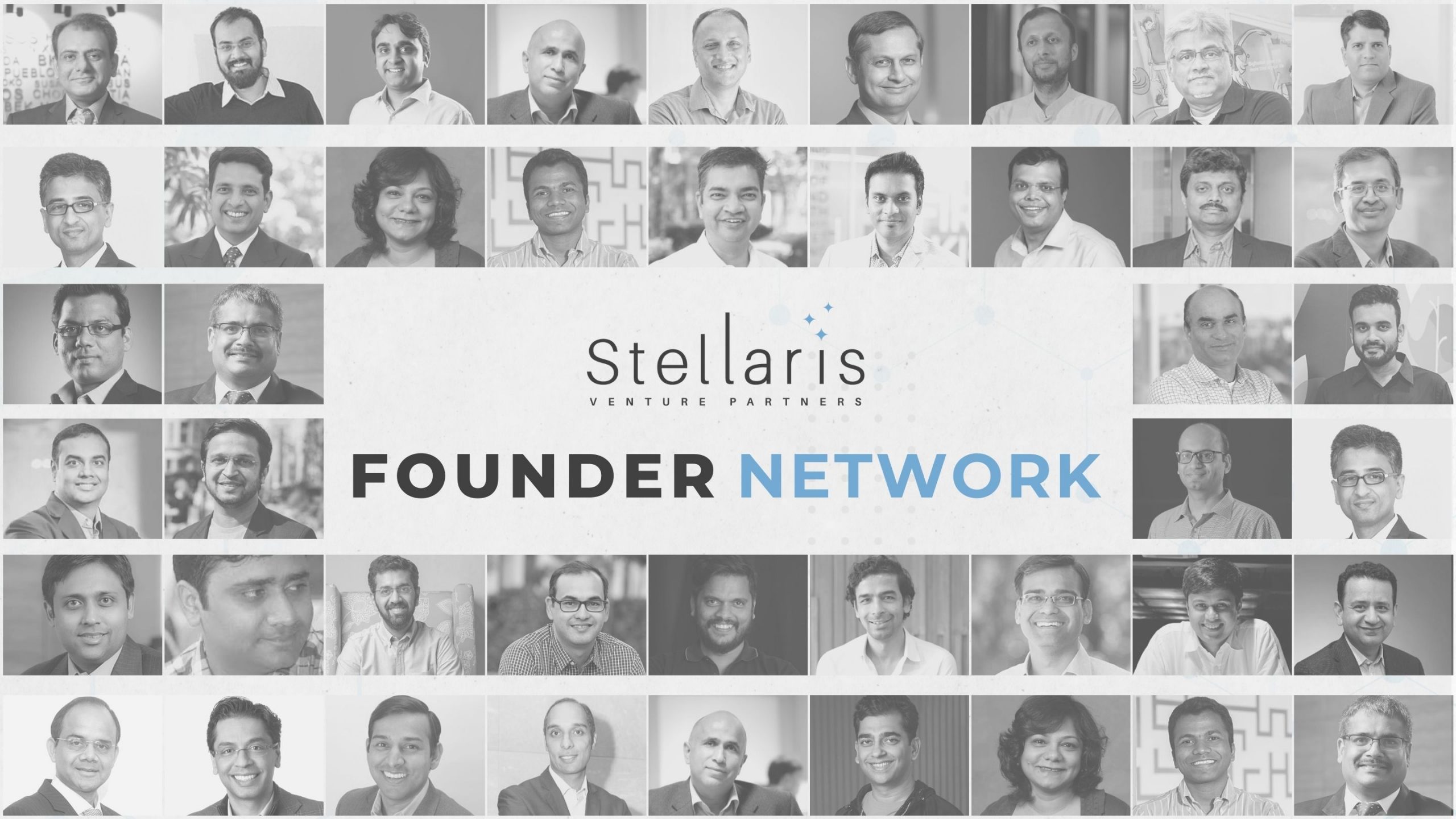 “NPV of all start-ups is negative”, says a close friend of mine (Alok) and a very successful VC in the Bay Area. It is true. It is a hard path, with the odds always against you. You have to deal with a hundred battles to get to the finish line – finding product market fit, ensuring there is enough cash in the bank, continuous upgradation of talent, dealing with downcycles, competition, …., and the list goes on. Only an entrepreneur truly understands what an entrepreneur goes through.

I tried building a company back in 1994, a startup in outsourced product development services with another friend. We did not have a clue of what we were doing. While the primary reason for my start-up’s failure was our own business acumen (or lack of it rather), what we also lacked was good mentors – entrepreneurs who have been there, done that, understand what the challenges in the path are and how one can mitigate them.

Fast forward to 2016 when we were preparing to launch Stellaris – the Indian ecosystem had changed substantially. While real liquidity for Indian entrepreneurs was still limited, we were seeing the emergence of “angel investors”, mostly successful entrepreneurs. The early ones had succeeded despite all the odds against them e.g. founders of TaxiForSure, BigBasket, and several others, and were keen to “pay it forward”. They wanted to do their own bit in ensuring that new founders do not have to repeat the mistakes they did and the challenges they faced.

This is what led to the creation of our best kept secret, the Stellaris Founder Network, or SFN, as we prefer to call it. These are some of the best-known entrepreneurs and executives who have been there, done that, and are keen to contribute to emerging founders with their capital, advice and network. This group has been vital to Stellaris’ inception as a fund and supported Ritesh, Rahul and I as “fund entrepreneurs” in much the same way as they have supported so many of our portfolio entrepreneurs.

This group brings an empathy towards entrepreneurs that others cannot. They understand the chaos and uncertainties of early stage companies, and do not apply theoretical constructs of order and strategy. They have been there themselves. As such, they provide a space for entrepreneurs to be vulnerable without judging them.

In pretty much all of our investments, several relevant SFN members have co-invested with us. For every deal, we suggest a few names from our SFN group to the founders who we believe can add specific value to the start-up. It is, of course, the founders’ as well as the SFN member’s prerogative to invest. 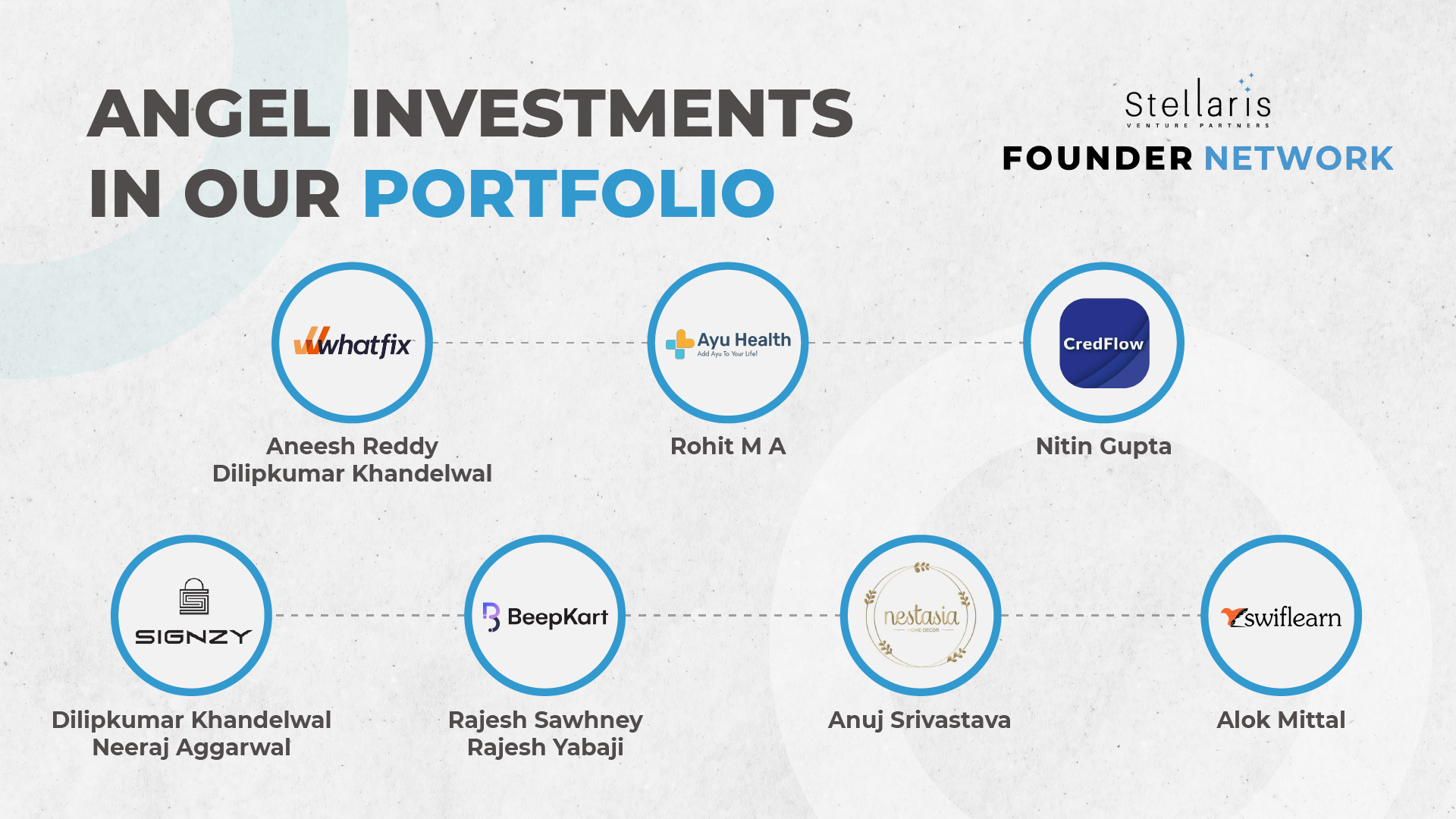 These specific SFN members provide value in many different ways – by being early customers, by making connects with relevant people that the founders would have otherwise found hard to reach and by advising them on critical decisions.

Dilip Khandelwal, Global CIO and India MD for Deutsche Bank and an ex-senior executive at SAP, co-invested alongside Stellaris in Whatfix. He introduced the founders at the board level in SAP at a time when no one understood the category and the company was tiny. Sujeet Kumar, co-founder of Udaan, helped Loadshare by becoming one of their early B2B customers. At Nestasia, a kitchen and home décor D2C brand, Anuj and Ramakant, both co-founders of Livspace, have been helpful in online marketing, growing business in third-party marketplaces like Myntra or Amazon and with their pricing strategy.

The SFN network includes successful entrepreneurs as well as senior executives within global companies. While most of the members are from India, it also has some well-known people from other geographies, particularly the US. In every sector that we invest in e.g. SaaS, commerce, brands, healthcare, there is a critical mass of SFN members.

In addition to helping our portfolio founders, the SFN has been vital to Stellaris’ own journey as a fund. SFN members have contributed significantly to Stellaris by connecting us to highly promising entrepreneurs, helping us win deals in competitive situations and being generous with their time and opinions on thousands of diligence calls. For example, Aneesh Reddy, founder of Capillary, connected us to Deepak Anchala (founder of Slintel) in 2017. Slintel was Data as a Service company for the sales stack. The warm and early introduction helped us partner with Deepak that eventually led to a successful exit in 2021.

We believe that the Stellaris Founder Network today is an unrivalled group of successful founders and executives, who are tightly integrated into the entire venture life cycle at Stellaris. We look forward to the continued contribution of this group towards creating some of the category defining companies of our times in the years ahead.

This blog is written by Alok Goyal