Will Indian tech companies ever be profitable? 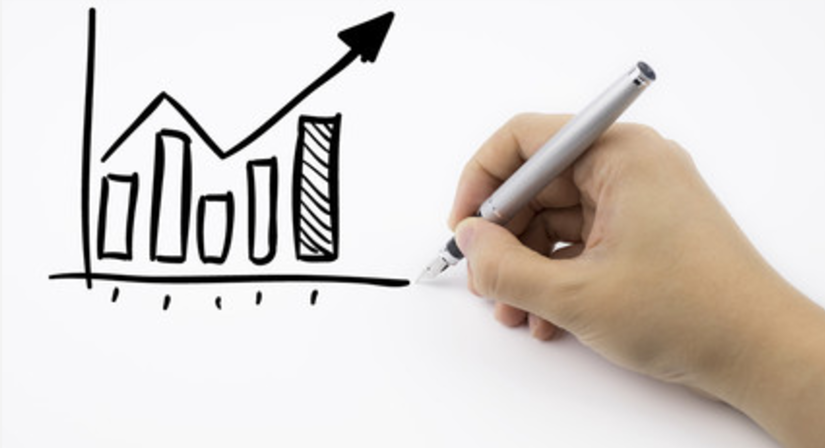 Perhaps the top question venture capitalists have asked Indian tech companies in the last 2 years is about their profitability potential. In view of the discount-driven growth strategy of some leading internet companies, it is certainly a question worth asking.

While we have heard rhetorical arguments on both sides of the issue (“we will be profitable before the year is out”, “online businesses are fundamentally a scam”) the question of long-term profitability of Indian technology companies merits a more nuanced and detailed look.

Here are my two cents:

Is India fundamentally a low-profit economy?

The consumer and services sectors of the Indian economy are highly profitable, fast-growing and have provided an excellent return on capital.

“There is nothing fundamentally wrong with the Indian market that would prevent a well-run company from being profitable.”

The chart above shows the performance of public companies in these sectors compared with global benchmarks. It clearly shows that the Indian consumer/business customer is not only buying more and more every year (18% annualized revenue growth) but is also paying a price that substantially exceeds the cost of providing the goods and services – resulting in roughly 20% post-tax profit for the providers.

In that sense, there is nothing fundamentally wrong with the Indian market that would prevent a well-run company from being profitable.

In fact, it can be argued that Indian companies have potential to be more profitable than those in developed markets precisely because it is harder to build an organized business in India. There are high barriers to scale, and those companies that cross the hump generate super-normal returns because there is so little competition at that scale.

Technology makes businesses more, not less efficient. As a new generation of tech-enabled companies replaces the above incumbents in both scale and efficiency, there is a reason to believe they will deliver better – not worse – profitability and return on capital.

Sure, prices may go down as software “eats” the old way of doing business, but with corresponding reductions in cost and/or capital required.

We will come to these questions, but there is no denying the fact that technology has generated an additional surplus even in the “high-friction” Indian context.

So then why are internet companies unprofitable?

Arguably we are already past the point where a) and b) above are relevant.

“Big Basket and Bookmyshow, never played the discount game: the value proposition (for BB) and network effects (for BMS) were strong enough to attract and retain users”

India’s internet economy has grown so dramatically over the last 5 years that consumers no longer need an incentive to continue to buy online.

Wherever the category has matured and clear winners emerged, discounting has given way to market pricing, and the gains have accrued to the platform and not only to the providers.

Big Basket and Bookmyshow, leaders by far in their categories, never played the discount game: the value proposition (for BB) and network effects (for BMS) were strong enough to attract and retain users.

Also, we are already at a scale where delivery and payments don’t need in-house investments and are available at a small variable cost to all – as demonstrated by companies like PayTM and Delhivery. Of course, newer companies in underpenetrated tech sectors may have to similarly spend till they reach scale, but both of these expense heads reduce significantly with growth.

Where are the high-margin startups?

Sectors like horizontal e-commerce have obviously gone through intense competition that has resulted in continuing massive losses, but by no means is that a pervasive phenomenon across sectors.

My thesis continues to be that pockets of high profitability can be found in markets that require a combination of technology, local market understanding and execution intensity that deters hyper-competition.

And on the NYPost article, if anybody knows how to get 20% margins in groceries, call me! 🙂

If they were not modest, media-shy entrepreneurs, the founders of India’s largest grocery e-commerce company may have made that call. Big Basket enjoys high gross margin in a commodity category by optimizing sourcing, using data analytics to identify private-label opportunities and continually striving towards a larger basket size.

Livspace, the online interior design startup, takes control of the entire supply chain that pulls together Italian designers, Thai manufacturers, and Indian installers, and as a result, generates very high profitability all the while maintaining a positive cash cycle.

Zefo is attempting to disrupt the traditional classifieds business model in used household goods space by taking more aspects of the supply chain in-house (pickup, touch-ups, and pricing). Because they fully monetize the seller’s need for convenience and the buyer’s need for quality assurance, their margins have consistently topped their own projections.

This is not to say, of course, that the startups above have found it easy to generate high margins. They all operate operations-heavy businesses that are hard to execute and even harder to scale. But it is this very friction that, once overcome, widens the profit gap between them and their offline competitors. Additionally, the supply chains of their respective industries are so India-specific, that it is hard to transplant a global business model and win merely on the back of capital.

“VCs love to fund the fixed burn of such startups, for profitability is a matter of arithmetic progression from that point. ”

It is also important to state that none of these companies generates a net profit today, and that’s okay. They are all investing in building their product and organization for scale. As long as each unit they sell contributes to the bottom line, and contributes enough to turn a profit at a reasonable scale, we may yet see the glorious black in the bottom line. VCs love to fund the fixed burn of such startups, for profitability is a matter of arithmetic progression from that point.

How do I find these mythical beasts?

My partners and I have certain hypotheses on the kind of startups likely to turn a profit within our fund life and are actively seeking such investment opportunities. One or more of the following traits in your startup will make our profit radar light up:

“X of India” businesses have never been a good idea, because sooner or later the X comes around to compete with you, and often bleeds you by throwing money at the problem. Instead, a company trying to solve problems unique to India, have a distinct advantage. Such problems are everywhere – whether they involve building applications and services for the next 20% of the population, or in making Indian supply chains more efficient.

Indian enterprise services companies have always enjoyed an arbitrage in development cost. For product startups that result in the increased ability to iterate and with less capital – effectively more shots at goal. In addition, the (relatively recent) success of the remote sales model extends this cost advantage to sales and marketing as well.

We love startups that run trains on rails built by other people. This dramatically reduces the scale required for profitability and often reduces execution complexity as well. In India, such infrastructure is being created both by private entities in payment, logistics, and location, and also increasingly as a public good by the government in the form of Aadhaar, UPI, and the GST Network.

The startups that race to profitability are often those that exploit gaps in the market – find a niche that highly values your product and is willing to pay a high price for it. The mass market may never pay that price, but the niche may help kickstart the virtuous cycle of network effects and economies of scale.

If you run such a startup, we would love to learn more about it. Till then, here’s to the next decade of profitable startups in India!