A Wechat for India? 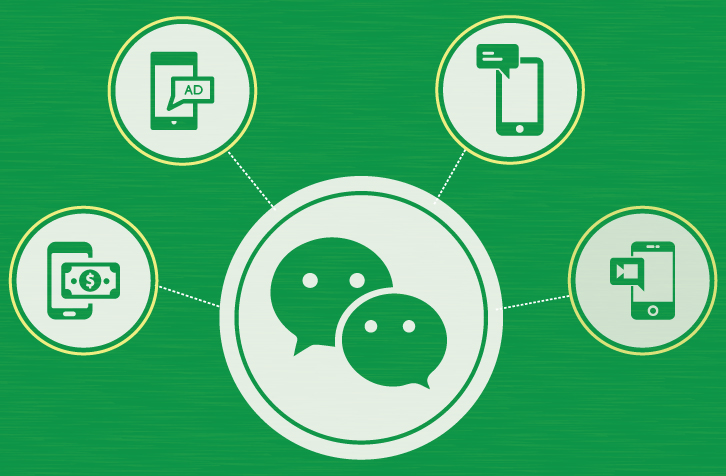 Many entrepreneurs assume VC firms are monolithic entities with a uniform “firm view” on most topics. Nothing could be further from the truth. Our investment horizons are so long, and the markets we invest in so uncertain, that it is impossible for all of us to agree on one vision of the future. Our investment team members often hold widely divergent views that lead to passionate debates about the evolution of technologies and markets.

We are happy to share the highlights of a recent debate between Rahul and Ritesh, on the potential opportunity for an “app of apps” for India.

Ever since Wechat became the default gateway to the internet for many Chinese users, Indian companies have attempted to build a “super app”, which aggregates the most popular online services in a single interface.  According to these startups, the single interface simplifies the user experience, provides the opportunity to compare services across providers and preserves user context for enhanced personalization. While the initial set of super apps tried to ape Wechat’s conversational interface, several have now moved beyond chat to more familiar catalog- or menu-based interfaces.

Here’s a summary of our views on this market:

Rahul: Let’s start by acknowledging one of the biggest issues with the app ecosystem in India – the limited storage capacity on most phones. The average smartphone in India costs INR 7000 and comes with 8-16 GB of storage and 2 GB RAM.

A single app is the gateway to providing access to a whole range of online services that these devices don’t otherwise allow.

It is important to remember that apps not only fill up storage capacity but also store data in memory while running, slowing the phone down considerably. This is why most people regularly uninstall apps to keep their phones functional.

Android apps have very high uninstall rates globally, with 64% of the users uninstalling within 30 days. The number for India is even higher given the lower specs of phones compared to the global average.

For these users, a single app can become the gateway to a whole range of online services, providing access that their devices don’t otherwise allow.

Ritesh: Rahul, I agree with the hardware problems you outline. For 3 months last year, I used a $60 3G phone. Optimizing for storage space and download speed became second nature to me, and I found myself using little else beyond Email, Whatsapp and Twitter.

However, I believe that bandwidth, storage, and data limits are transient problems in a world where Moore’s Law still (thankfully) applies.

– 15 years ago we cared about disk space on laptops, but today it is not material to our purchase decisions.

– 10 years ago engineers in my team obsessed about every kilobyte downloaded in an HTTP call because you could send the bare essentials over a low-bandwidth connection. Today Netflix streams HD video to 10 million Indian users.

– 5 years ago, companies were still getting funded for “side-loading” apps and content because “OTT” downloads were expensive in a world of high data cost. Today we have the lowest data cost in the world and the very terms sound quaint.

I do not foresee an enduring business built on the hardware limitations of today.

Rahul: While it is true that the storage capacity of smartphones has increased over time, so have the sizes of the most popular apps. Also, the number of videos and images being shared and stored on smartphones has skyrocketed. The improvements in camera quality not only lead to larger file sizes but also encourage people to take more pictures and videos.

And it’s not only hardware limitations that lead to uninstalls.

There are several long-tail use cases for which users may not want to install apps. People often group less important or similar apps in folders for the same reason. One-time or infrequent use apps are often the first to go during a periodic spring-cleaning of your phone. Clearly, these apps are candidates for consolidation into a single app.

While there seems to be a general trendline from bottom-left to top-right, the correlation is rather weak (0.22 for the statistically inclined). Most categories are clustered in the dead zone of infrequent and short-lived usage, but the outliers are very interesting.

Health apps and sports games are used equally often – around 3 times a week – but their retention scores could not be more different. Seems like people tire of the games after a few plays, but consider the health apps important enough to keep around for much longer.

The superstar in this lineup? The one up and to the right? Weather apps. Yes, the least engaging and likely the least monetizable apps on the planet are the ones people use most and keep around longest.

My takeaway from all this is that frequency of use is a weak predictor of the longevity of an app and not a measure of its value.

We already have a super app installed on billions of phones. It’s called the browser.

I agree with you though, that certain apps have no business being independent apps in the first place. For those, we already have a “super app” that bundles all of them together and is installed on billions of phones. It’s called the browser.

Rahul: Sure, several apps will be better off as mobile websites. But the browser imposes severe limitations on developers.

– It does not leverage all the capabilities of the phone, at least without taking additional permissions from the user. Without access to the location, the camera, the address book or the notifications, the user experience will suffer tremendously.

– A lot of relevant data for an app can be stored locally on the phone. It is wasteful to re-download custom data every time you go to a site.

– A browser imposes a rigid design paradigm on the app developer, either because of technical limitations or because of user expectations of how websites work.

– Outside the browser, such limitations don’t apply and developers can create experiences that work best for their users.

For these reasons and more, I don’t think apps will give way to mobile websites anytime soon. So long as we have apps, there will be a need to aggregate them.

Ritesh: I agree that current browsers have severe limitations which stem from the fundamental trade-off between standardization and richness of user experience.

In the long run, open browsers will win over closed ones because they will have stronger network effects

However, I use the term browser rather loosely. Any technology that allows apps to be fetched from a server at runtime and rendered in a standardized fashion can be termed a browser. In that sense the “super app” we are discussing is also a browser, albeit a closed-loop one.

My submission is that in the long run, open browsers will win over closed ones because they will have stronger network effects.

In any case, the divergence between apps and websites has been reducing for several years, and will likely disappear entirely in the next couple of years. Windows and Android already have “live app” capabilities that blur the line between the two. Many apps already are wrappers around websites that are created merely to occupy screen real estate.

In a world where apps and websites are one, the “browser” is likely to either be part of the OS or very tightly integrated with it. A 3rd party providing such an aggregator or browser will get crushed under the network effects of Google and Apple, even if their product is better.

Rahul: Yet, a 3rd party app like Wechat has become the gateway to the internet for half a billion people. Let’s examine the value such a platform brings to its users:

Simple and standardized user experience: This is particularly important for new internet users (i.e. virtually everyone in India), who learn the chat interface before any other. A platform that gives you access to such a wide variety of apps with the exact same user experience dramatically lowers your barrier to adoption.

Convenience: It is not only the user interface that is in need of standardization –  the app world requires you to maintain passwords, phone numbers, credit cards, addresses, notifications and preferences individually for every app. How much more convenient will it be for an aggregator to maintain all this, and the new “app” to just plug and play.

Comparison: The aggregator allows easy comparison of product/service and pricing information across providers and helps the user get to the purchase decision faster.

Recommendation: There is no reason why recommendation engines should only work within a specific app. Once the aggregator learns the consumer’s behavior, it should be able to recommend an Uber when you book movie tickets, a restaurant when you come out of the cinema and a forum to share your review of the movie.

Each of these platforms has a primary use case that leads to frequent use and that reveals information about the user that merchants find valuable. Without that primary use case, a “super app” is merely a place to discover merchants.

In the Indian context, PayTM is a good example of a strong primary use case (recharge, wallet) that builds a large base of highly engaged users, who in turn are monetized through aggregation of 3rd party services.

In the future, new primary use cases will continue to develop and will likely create powerful platforms like those above. Voice is an extremely promising area to create new discovery platforms: no wonder Apple, Google, Amazon, and Microsoft are locked in a race to own the space.

There is an opportunity for Indian companies as well in the voice space, if they are able to solve the voice search problem in Indian languages and build strong back-end links to complete the request. Initially, though, such a business will look a lot more like a voice technology company than an aggregator of services.

The debate continues to rage within our firm. Several versions of the future are possible: the browser can dominate, the current app paradigm may persist as hardware issues get resolved, Whatsapp and Facebook may become the Wechat of India, or an entirely new “super app” may emerge with aggregation as its key value proposition. In each of these paradigms, some player will create tremendous value by providing Indian users a simpler way to discover and consume online services.

Join the debate and let us hear your perspective in the comments or on social media.