Is the recession already upon us? A SaaSy take 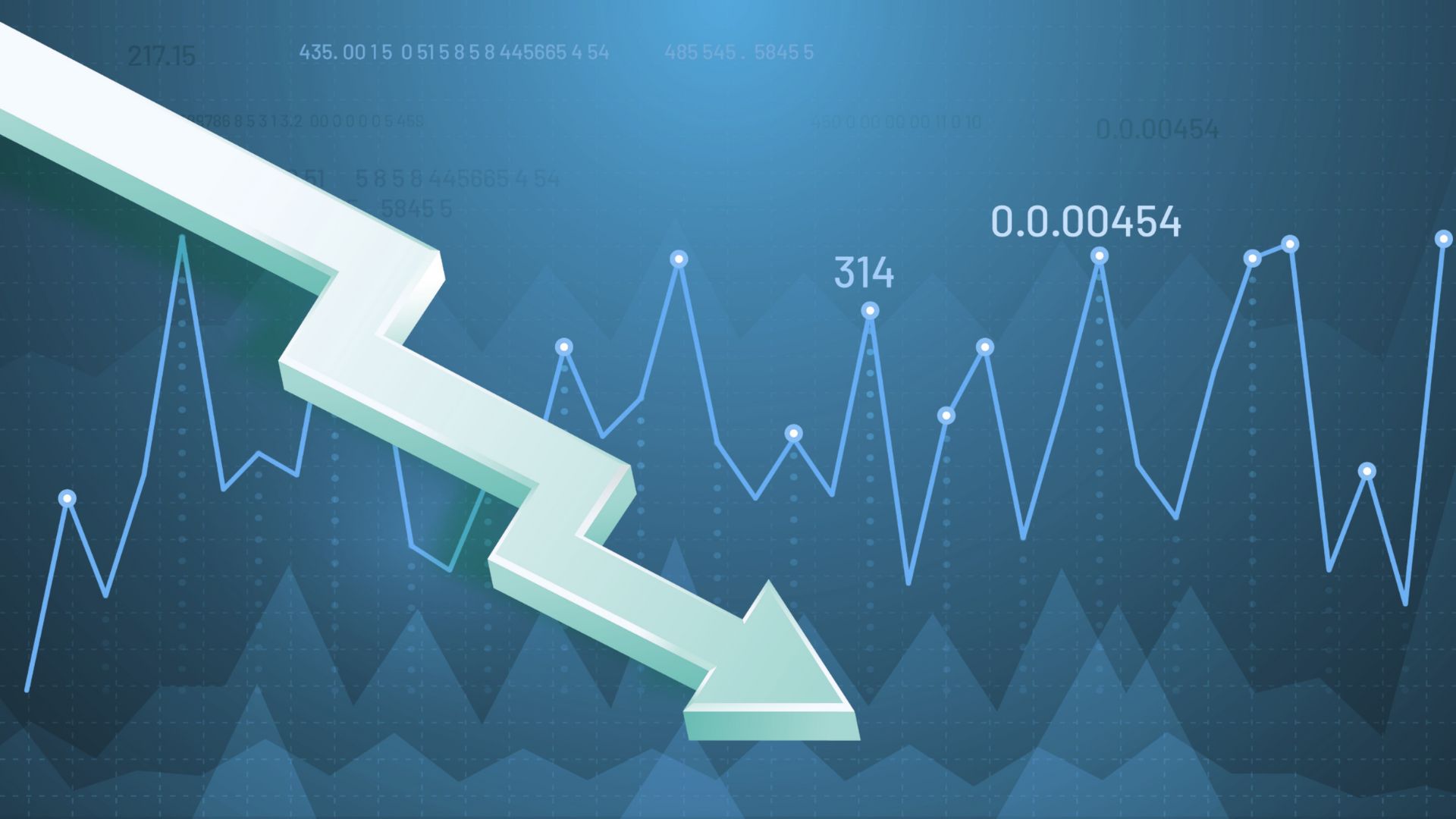 Every SaaS startup board is asking the question – will spending on software go down, stay flat or actually go up as a result of the downcycle. Notice that no one is questioning whether there is a downcycle or not – it is a foregone conclusion. Like all crystal gazing exercises, it is hard, and to an extent dangerous.

One school of thought believes it’s a no-brainer that enterprise software spending will drop – after all companies are tightening belts across the board, delaying expansion plans, instituting hiring freezes and prioritising profitability over growth, why should corporate IT and SaaS spending be left behind? IT and SaaS spends make up more than 8% of enterprise spending, so it makes sense to look to save there in times of uncertainty.

However, there is also an alternative view which says that in leaner times, corporations look to increase their productivity without necessarily reducing their costs. And SaaS software promises to enable this very transition – away from clunky tools with poor UIs to modern, AI-enabled software that enables employees to become more productive and efficient. Transitioning away from on-premise software to cloud-hosted infrastructure also helps reduce infrastructure and maintenance costs for corporate IT departments.

So which of these is likely to happen over the next few months?

To answer this trillion dollar question, we looked at the quarterly and annual guidances from recent earnings announcements of some public SaaS companies. Since most public companies are usually on the conservative side in their guidance, we believe that this data is a good indicator of the current view of the senior management about their outlook for the next quarter or the year.

Our hypothesis going in was that we would see a mix of positive and negative guidances, with a possible skew towards a cautious outlook. To our surprise, we saw that across a basket of large-cap and mid-cap SaaS companies (including Oracle, IBM, SAP, Adobe, Accenture, Salesforce.com, Cognizant, Cisco, Workday etc.), nearly all of them predicted good to great growth over the next quarter and year!

Intrigued, we dug in further to see how these guidances compared to previous periods. We constructed a time-series of revenue guidance growth from Q1 2019 onwards (See Table 1 below). 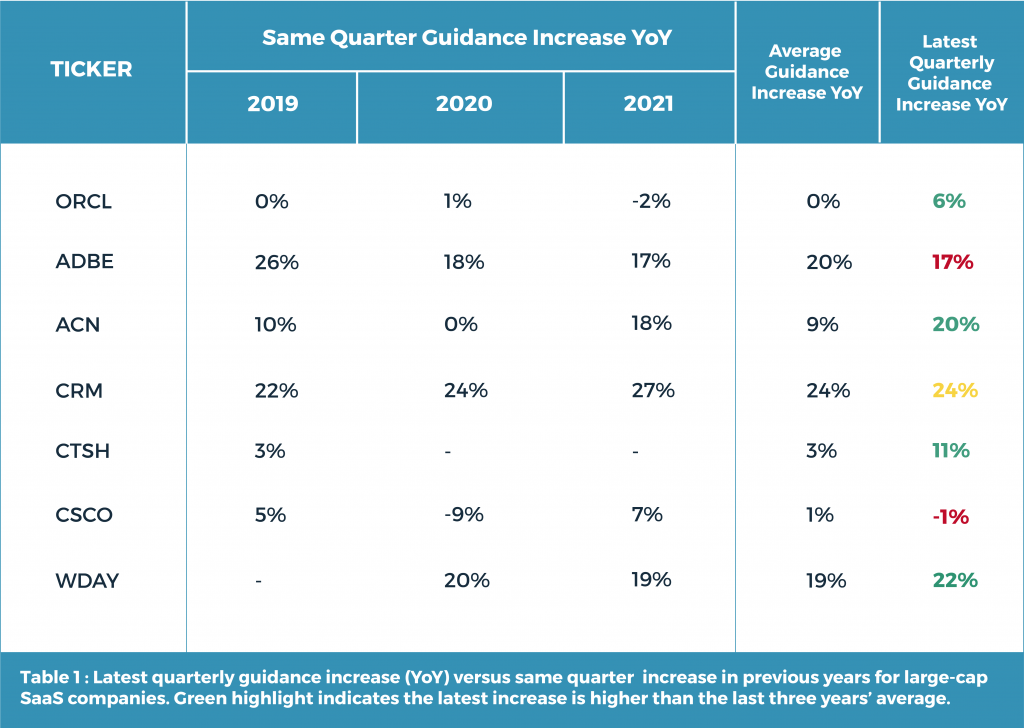 We see that most of the guidance growth figures for the latest quarter are similar or higher than the same quarter guidance growth in previous years i.e. despite the broader market slowdown expectations, enterprise SaaS companies continue to predict higher or similar growth! Cisco is the only notable exception, predicting a minor revenue decrease of -1%.

To see if this is a secular trend across market caps, we also selected a representative basket of mid-cap SaaS stocks: New Relic, Altair, PagerDuty, Paylocity, Mimecast and Workiva, which gives us a sampling across verticals e.g. PaaS, cloud security, monitoring, compliance, payroll and HR. Performing the same analysis gives us very similar results (Table 2): we see that all the companies are predicting YoY revenue growth in line with their past performance. 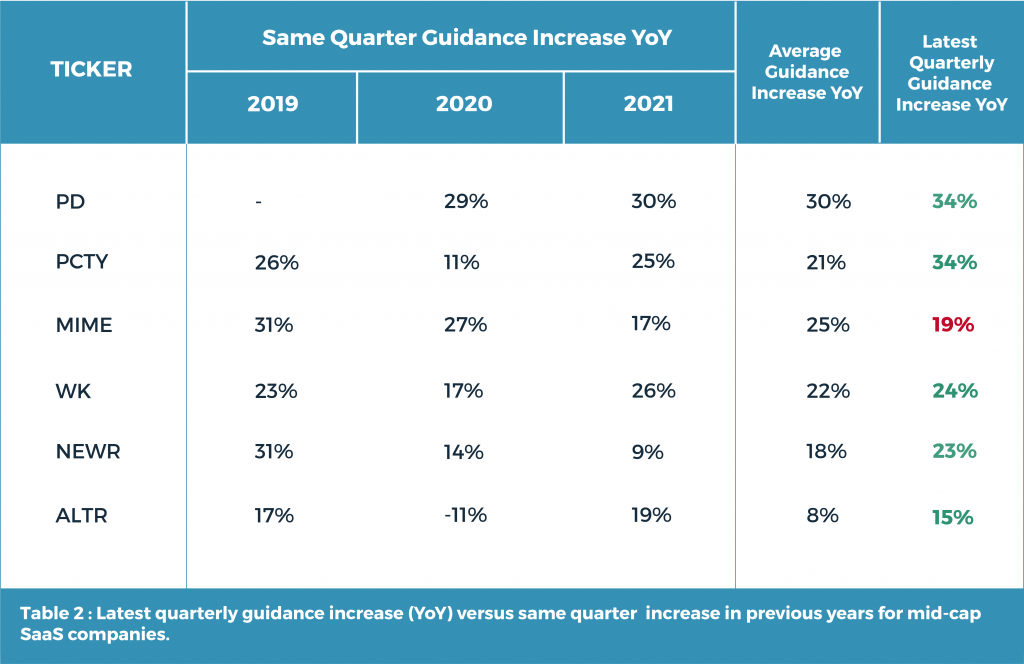 Further, we see a similar trend even looking at the annual revenue guidance for those companies that release them. The latest annual guidances project growth figures that either exceed or are in-line with historical numbers (Table 3 below). A similar trend exists in mid-cap stocks as well. 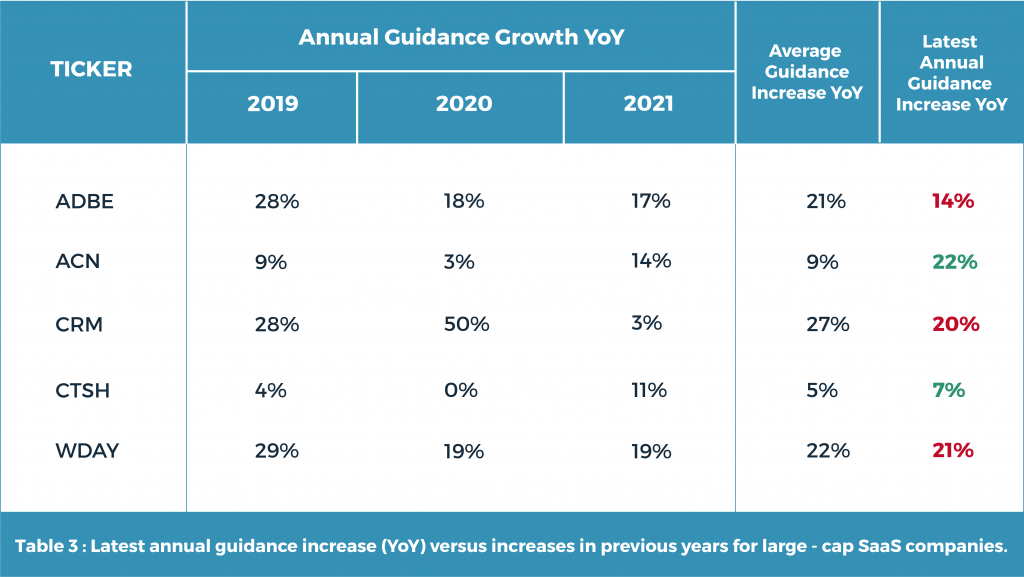 One possible explanation for this could be the favourable macro-economic and supply-side factors for the SaaS industry. The industry is flush with cash, with large enterprises having seen massive revenue growth during the pandemic and startups having raised large equity rounds until Q1 2022, leading to continued expectations of software/ IT spending. In addition, unlike other brick-and-mortar industries, the software industry is not as affected by supply-side constraints like shipping delays, global conflicts or energy prices.

What does this tell us about the outlook for the next few months for SaaS founders? We believe this indicates that enterprises are still not reducing their SaaS spends and are expected to continue this pattern for the next few months at least. Companies, regardless of their size, seem to understand that SaaS products help them improve their productivity, create new revenue streams and are overall value drivers for them.

“Pure software spends might actually increase. Customers see SaaS as a way to reduce cost as they do not want to pay large upfront licence costs or invest in builds.”

However, some founders are urging caution. Khadim Batti, Co-founder and CEO of Whatfix, global leader in Digital Adoption SaaS, said,

“It is still too early to tell the full impact. While new opportunity creation and the pipeline seems healthy so far, we might see more impact as we progress into Q3. Internally, we are reducing spending. Try to close renewals quickly. Most renewals are annual, so we have a year with those customers.”

He had this advice for SaaS founders on maintaining revenues in a softening market, he also advised to push for multi-year renewals.

Any negative impact might also be sector-specific, Arpit warned.

“The pipeline to sell to smaller, venture-backed entities might dry up as their funding is reduced.”

We, at Stellaris, remain bullish on the SaaS sector. We back fearless founders with the thesis that Indian SaaS companies can use their talent and cost-advantages to create value for companies globally. If you are a founder looking to create a SaaS company in India, we would love to hear from you! Please email us at alok@stellarisvp.com.

Mainak Ghosh is an MBA student at MIT Sloan, currently interning at Stellaris. Alok Goyal is part of the investment team at Stellaris Venture Partners, an early-stage venture capital fund where he primarily invests in SaaS companies.