Navigating your start-up in uncertain times 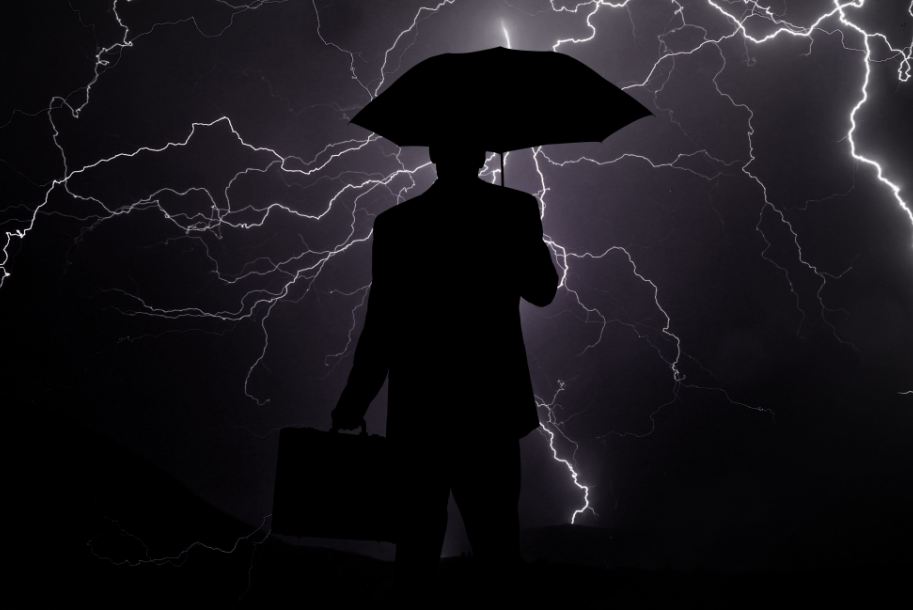 I lived through two major downturns. The first one led to personal bankruptcy, and I narrowly survived the second one. In 2001, I worked for a boutique strategy firm in the Bay Area focused on growth strategies for hi-tech companies. Despite being one of the best known boutiques at the time, the firm died a slow death by the end of 2002. In 2008-09, I was with SAP, managing the strategic accounts business in India. Q3 of 2008 was my best sales quarter ever, and Q4 of the same year, the worst. My sales fell off a cliff, down by 95% in a single quarter. As far as I can remember, a full recovery took 2 years. These memories feel painful even in hindsight.

It’s much easier to define the right course of actions in hindsight. As a founder, I am sure you are faced with options none of which are palatable. These are times of uncertainty, and your decisions will most likely define the destiny of your company. You do not have the luxury of hindsight. You will be dealing with your own emotions as well as that of your team. How do you navigate through this fog?

Here are my suggestions for you:

Stop predicting how long and how deep this crisis will be

You simply can’t! As we have seen, even governments cannot forecast with all their resources. All you can plan for are the scenarios – without ascribing probabilities to them – and your responses to each scenario. Here is a possible framework:

Scenarios #2 and #3 are easy, but often you are making the choice between #1 and #4. The choice is not very straightforward and depends on your risk-tolerance, which in turn boils down to two factors:

Topline impact is larger than what you think

For example, we will end up preparing a new “worst case” plan where monthly churn goes up by 1% and a new ARR added every month is 50% of the earlier number. But that is not how life works, and here is why:

Bottomline, when confidence in the economy goes down, uncertainty will lead to far deeper reductions in topline than you imagined.

Unfortunate corollary to the previous point is that the cost base does not change proportionally, which leads to the simple math that burn becomes higher than what you expected, and the runway becomes shorter. One of my co-investors on another board once said, “As a founder, you can control your destiny only when you have cash in the bank”.

You want more investment to keep the company afloat, and so do all the other portfolio companies in your investors’ portfolios. Therefore, your most important role as a CEO is to live to fight another day. In addition to the many other things you need to do, significant burn reduction is your most important tool. Also, do recognize that any decisions you take typically start impacting the burn in 1-3 months, and therefore you do not have the luxury of waiting for too long.

Unfortunately, in 2001, my firm did not do this very well. We underestimated the extent of the damage, did not realize that consulting spends are very discretionary and no one was thinking about growth strategies. After an illustrious 30 year run, we died on 31st December, 2002. It hurts me even after 17 years.

Knowing that you need to reduce the burn was the easy part. The harder question is how?

Customer Success (Not Sales) is the new king

What hurts the business most is the loss of existing customers. Outside of ensuring the safety of your own employees, your #1 priority is to retain existing customers. Customer success, therefore, needs to get into a higher gear. Look for early signals of lower engagement metrics with every customer – anything less than mission critical use of your product will be up for discussion. The CEO should personally reach out to the most important customers to assure them of continuity of service, and communicate what you can do to serve them better at this time. Not only does it reduce churn, they also remember the things you did when the times turn good again. Send personal letters to the ones you cannot meet.

Tip: Think about a SPIFF for renewals!

In tough times, the CEO’s first instinct is to cut expenses outside of people expenses. Noble thought, but doesn’t work. Let’s take an example in a SaaS company – lower marketing spends will lead to a reduction in pipeline. At a time when your conversion rate has probably reduced significantly, you can ill-afford a cut in leads too. It is quite likely that a reduction in marketing spend might actually increase burn. Therefore, spends that have a direct impact on revenue must be cut very carefully, to not throw the baby out with the bathwater.

The harsh reality is that it is hard to substantially cut burn without rightsizing the headcount. This might include rethinking new hires made in the last 2-3 months, reducing the number of new experiments and re-prioritizing the product roadmap. Most CEOs believe that they are being a “bad leader” by letting people go. It may be just the opposite – as a leader, it is your job to control the destiny of the company and ensure that the company survives. If that means you have to take some hard calls – people will actually respect you for it.

Here is a framework for thinking about this: if the clock were to be rewound by two months and you knew that this crisis is going to hit in a couple of months, would you still hire the people? if the answer is no, then you should let them go now.

Cut once and cut deep

Your job as a CEO is to ensure that the company survives and emerges in the healthiest possible state when the opportunity presents itself again. But in doing so, you don’t want to create a culture of fear. It is not always the bad news that creates fear, but the uncertainty and indecisiveness around it.

Therefore, make cuts once, and make them deep if you need to. Make them shallow if you think that will suffice, but please do not do it out of wishful thinking. If you fire 5 people every month, that will create a culture of fear. There will be constant organizational politics, even the people that matter most will be looking for jobs and you will not be able to create a mission-driven culture when you need it most.

My experience in the past is that of extreme contrasts. At the consulting firm in 2001, we made incremental cuts. 3-4 consultants would leave every month. The CEO was actually trying to be humane as he did not want to fire too many too soon – what if the situation improves? I was the last employee to leave, and I should have been happy as I had that job for the longest time. But I was pissed off with the CEO. I wish we had made deep cuts once, adjusted our offerings to what the market needed at that time, survived with a core group and rebuilt after the crisis given the brand we had. It was not to be!

At SAP, we cut deep. Not only did we let go of a large number of people, we also made changes in the business. We realized that in our SMB business in India, there were a lot of payment defaults and the DSO was very high. We readjusted to a new model: for SMB customers, we would only offer cash-and-carry. That seemed harsh. The sales team was up in arms, and told us that this will never work in India. True, we lost some customers because of this policy, but most of those we lost were never going to pay in the first place. Also, we never changed this policy even when good times came. Necessity, as they say, is the mother of invention.

Last, and the most important: over-communicate. Over-communicate with your customers, your suppliers, your employees and your investors. Your employees are insecure at this time – they need constant reassurance and more information on how things are going. If you do not do that, they will make their own guesses. In particular, it is important how you handle the communication for any downsizing. Do not mince your words, do not fumble, do not use words like “may be” an “I think”. Be empathetic, but be very clear. Above all, do not give false hope.

People are naturally insecure – your suppliers constantly need assurance that they still have you as a customer. Even if you can’t be, give them a heads-up in advance so that they have a chance to do something about it. Be transparent and factual with your investors – they are the most aligned with you at such times. And customers – well they are the king, even more so than before!

You decided to be a founder/ CEO because you like to build something special, and because you have the appetite to take risks when others felt that you were being stupid. For the most part, your job is to be the cheerleader, the motivator, the one who paints the vision. But then there are times when the leader in you has a completely different job. As the book “The Hard Thing about Hard Things” calls it – times like this call for  a “Wartime CEO” and not a “Peacetime CEO”. I think we are witnessing one such moment. Act decisively. Don’t look back. Above all else, stay safe!

Image courtesy: By geralt–9301 from Pixabay