So, how do you move upmarket?

You did all the hard work in building your founding team, ideating to a problem to be solved, creating the minimum viable product (MVP), finding product market fit, and creating some version of a go-to-market recipe that can be scaled. All you now need is fuel to be poured on the fire, and viola – you have a $100M company. Guess what – that is not the way it happens.

In the previous article , I argued why it is often important to move upmarket to higher ACVs (Annual Contract Value) while building SaaS companies. As we also discussed, this is mostly synonymous with targeting larger sized customers. Since many companies have done it, it must be a simple script – right? Well, quite far from it. It is a difficult journey and like most journeys in the start-up world, very few make it.

Each time your ACV (and consequently the target segment) moves, you are changing the objective function of the company, and will end up rediscovering many/ most things that you thought you were done discovering with. Let’s look at each one of these:

There are two typical paths you may end up taking as you grow your ACV – you offer more to existing customers, or you begin to target larger customers. As we discussed in the earlier article, it is mostly the latter. An example of the former is Freshworks, and an example of the latter is Whatfix.

The former is usually driven by need for adjacencies, and that the whole is more than the sum of the parts. Sometimes it is just opportunistic as you have these customers and unit economics of selling more is far better. Freshworks, for example, started with the knowledge-base product within customer support, but over time expanded into chat, e-mail and other forms of support. Not only that, they then extended to sales force automation, HR and other functional areas as well.

The latter, in my opinion, is more difficult and something that founders discover reactively rather than proactively. Larger customers have a need for higher security, governance features, audit trail, persona-oriented screens, workflows, access limits, configuration flexibility, etc. 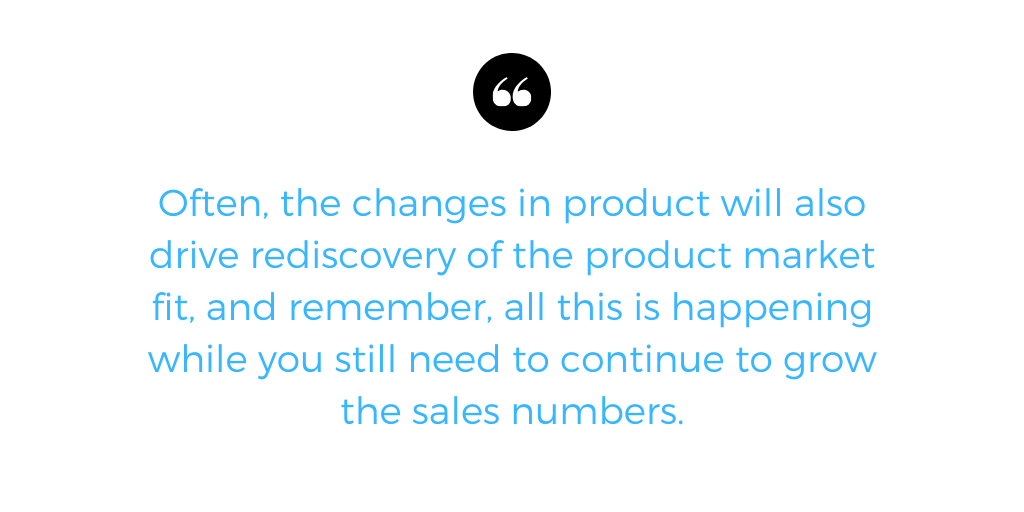 Demand gen at a lower ACV is geared towards low CAC and high volume. Usually (though not always), this is mostly inbound – SEO, SEM, content marketing, Appstore marketing, etc. However, as ACVs rise, you realize that prospective customers are not necessarily coming to you, you may need to “go to them”, essentially demand gen often changes from inbound to outbound. Also, a large part of your demand gen will come from existing customers, and hence will be driven by “Account Based Marketing”, driven by Account managers and customer success reps. I have often found that this transition is a hard one for companies, and could easily take more than an year to figure out.

Overall though (and I know I will get a lot of flame mail for this), the role of demand gen shifts more to sales team and the importance of marketing in the overall mix goes down. Instead, there is a higher need for “Product Marketing” function, a role that is often ignored. This entails developing sales collateral, pitch decks (often by different roles in an organization you may pitch to), ROI calculators or value engineering, analyst relations (e.g. with Gartner, IDC), optimization of G2crowd/ Product hunt, customer case studies, user groups, annual customer event, etc.

This function is where the rubber meets the roads. As your ACV scales, a few things happen:

During my SAP days, I would often hear from customers that SAP is very hard to implement. Yes, it was. But the flip side of that is that anything with large customers is hard to implement. Challenge is not the software (or software alone), but the fact that large customers want to customize/ configure the software to their specific ways of doing things, and they can take forever to agree on what “their specific ways of doing things is”. From a place where you were probably dealing with DIY or very little reactive support, you find yourselves in the situation that the real challenge actually starts after you have sold. Despite the burning need, your software may not get implemented, only to result in churn a year later.

As such, it becomes critical for you to set up an implementation team, and as you go further upstream, you may need functions such as program management, process consulting, technical account management, etc. Often, the belief is that you do not want to have a services organization as it impacts scalability. I would do just the opposite – I would set it up internally initially. 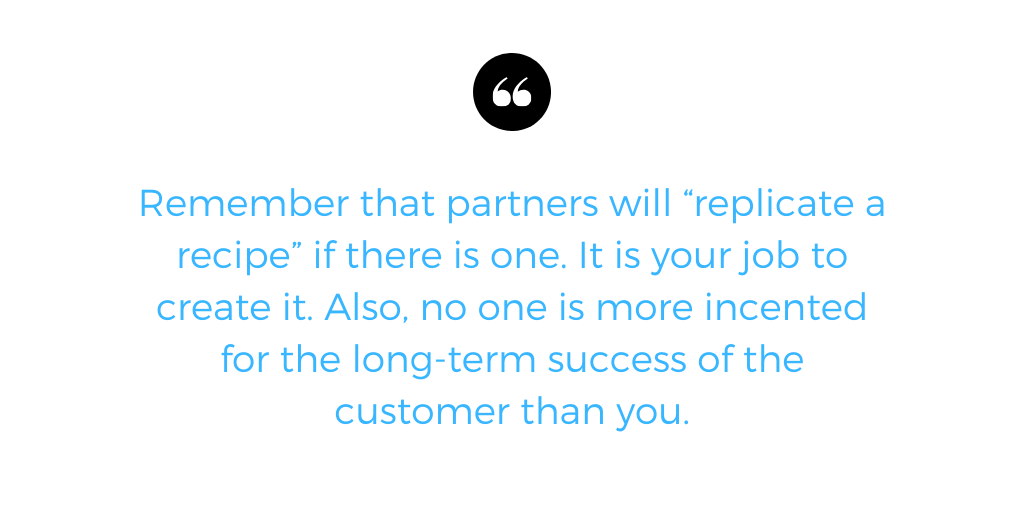 So, what does this all mean?

As you build your SaaS company, chances are you will scale up the ACV curve – whether it is from $1000 to $10,000 or $10,000 to $100,000. The journey, while difficult, is also very rewarding. Many people ask what your moat as a company is. I would argue that the ability to build a high ACV go to market machine is a significant moat for a SaaS business, and therefore, no wonder, not many are able to. If you do, however, you might have bought yourselves a ticket to the champions league!