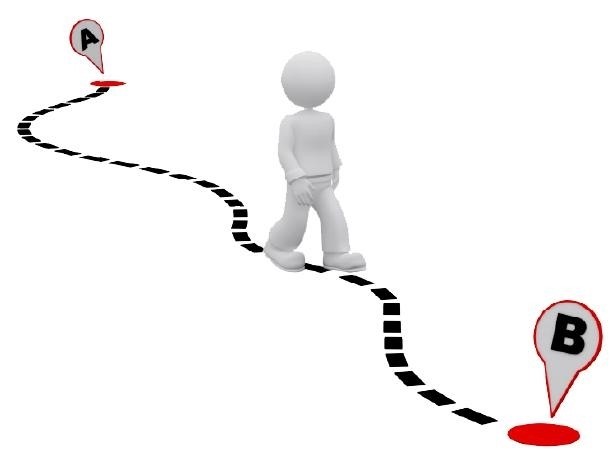 As an investor, some investment journeys are a delight to watch – Whatfix has been one of them. They have just concluded their Series B round, where Whatfix welcomed three exceptional new investors – Eight Road Ventures, f-Prime (a Boston based firm) and Cisco. Stellaris not only participated, but also doubled up to buy a few more seats aboard the Whatfix rocket.

In a nutshell – we are even more bullish on the category as well as the team compared to when we invested in Series A. We believe that Whatfix is a very large SaaS company in the making from India. Here is what made it a no-brainer for us:

But no matter how smooth any ride looks from the outside, building a company is a hard path, with something new to learn at every stage. Whatfix was no different. I am taking the liberty (with permission from Khadim and Vara) to share their key learnings.

#1: Hard to replace founders when it comes to core innovation

Whatfix provides enterprises the capability to create click-by-click walkthroughs to address “how do I do this?” kind of questions for enterprise software. In the Seed to Series A journey, I always used to worry whether the product was “too light”, and had a certain level of paranoia about this becoming a feature in existing enterprise software platforms, thus eliminating large parts of the market. Whatfix constantly made incremental changes with inputs from its core customers and partners; while those change were very adequate to address short-term needs, they were often not as substantial as one would have liked from a long-term perspective.

At one point, one of the founders (Vara) decided to extricate himself out of the day to day engineering execution, and instead focus on what he called “research”. While I found the idea absurd at first, the benefits of his call are obvious in hindsight. He brought about some fundamental changes in the product which we believe will be category defining. As just one example, they added RPA (Robotic Process Automation) capabilities where the software can auto-execute many steps today as opposed to just guiding the user on how to do it.

Three lessons came out of it:

#2: Sales is important, but pipeline even more so

There is a saying in large enterprise sales that what happens in current quarter was determined 2 quarters back. Why? Because that is when you built the pipe. If you didn’t have the pipe today, you can have the best sales execution, but will not be able to do much.

As a board, we were diligently tracking sales numbers, but did not have a similar level of discipline on tracking the pipeline. Somewhere post Series A, we decided to make that a religion, tracking not just the overall pipe, but also the sources, the associated CACs and eventually also the conversions. If measured correctly, Pipeline, in my opinion, is the best measure of future health.

#3: As ACV rises, you are building a different company

Whatfix initially started as a low ACV company with inbound marketing and remote sales. At some point, we realized that it will be very hard to build the company with such an ACV. There was higher churn given that these were smaller customers, they needed more help in deployment, and pipeline was hard to scale through inbound channels as there was no defined category for what Whatfix did.

As we started to focus on higher ACVs, initial gains were easy – we raised prices, started going after slightly larger customers, but that plateaued at some point. It was clear that what got us here, will not get us there.

The critical levers for Whatfix in increasing its ACVs by 5x turned out to be four-fold:

#4: Creating a focus in GTM is important

Even though Whatfix grew very rapidly through this period, the GTM had too many permutations and combinations along the following dimensions:

During the Series B fund raise, many seasoned SaaS investors gave pretty harsh feedback that Whatfix should have made some choices already. While some choices were already made and implementations underway, e.g. low ACV accounts were being phased out, which meant that we were going more outbound and there is a higher FoS orientation, but expectation of many investors was that by the time you reach Series B, some of these choices should already be in place. Essentially, the engine is already tuned and humming, all you need is to add more fuel to scale.

In hindsight, could we have begun the journey of eliminating certain GTM paths a tad earlier? I think yes.

#5: Cash is king, but lesser cash could make you a bigger king

Whatfix is as cash efficient a company as it gets. ARR output/ cash burnt ratio of Whatfix is 2.2, which in my opinion is off the charts for this stage. Most companies at this stage would have burnt $1 for every $0.5 in ARR, and Whatfix is just the reverse. They actually had quarters where they generated cash – I know it is hard to believe!

On one hand, that is great for the company (and for me as an investor) as it gave them a longer runway, enabled them to get to a higher run rate with the cash they had and therefore raise a good Series B. There is, however, a flip side to it as well – could they have expanded product capabilities earlier and expanded sales & marketing more aggressively to get to where they are faster? Again, I think Whatfix could have.

In closing, I want to emphasize that the Whatfix journey has been a dream run. I have not seen too many examples of such consistent execution quarter after quarter, year after year.  It has been an immense opportunity for me to learn from the sidelines. Many of these learnings might see parallels in other SaaS start-ups from India, though each one at some level is unique and needs to find its own answers for its own problems. Am always looking to learn from other founders and investors, and would love to hear their thoughts and comments!