Why India is a large tech market 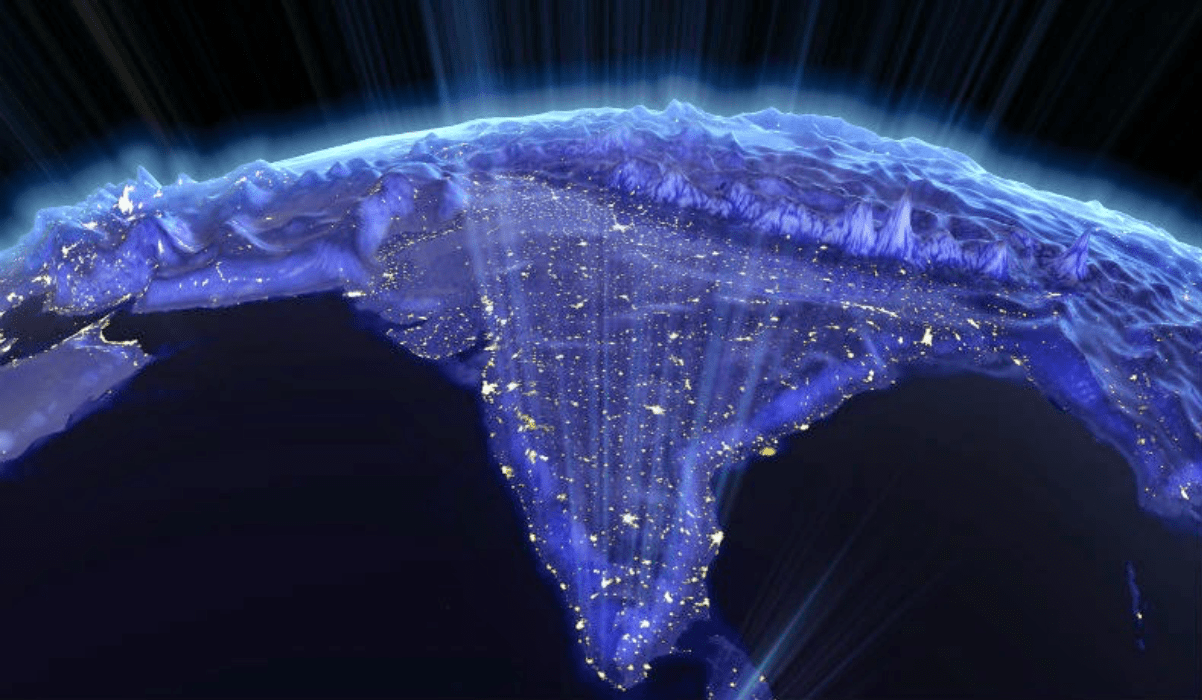 Over the past 24 months I have been asked this question many times – will India ever create large tech companies? And considering we went through a strong run-up in valuations, followed immediately by a hard fundraising environment, it’s a fair question to ask.

While I may be biased, I believe the underlying fundamentals of value creation for Indian tech companies are very strong, and the long-term opportunity is unaffected by short-term funding cycles. In fact, not only do I think this opportunity is large, but also that it is “now”.

“I believe that close to $500B of value will get created in Indian tech space over the next decade.”

India is in the middle of a perfect storm of opportunity. We have a $2 Trillion economy growing rapidly, a young population with smartphones, a vibrant entrepreneurial culture, and an enabling regulatory environment.

Reports also show that India’s internet penetration is past the inflection point that was seen in the US and China previously.

I believe that close to $500B of value will get created in Indian tech space over the next decade. Part of this will get captured by existing Indian or global tech majors, but a large majority will accrue with tech startups that are getting created now.

Being an ex-consultant, I love to prove my points by the extensive use of arguments and data. For perfectionists in the audience, please excuse me if some of the data points are off by small margin.

1. India is past the inflection point for online consumption

India’s internet user base has been growing at a scorching pace in the last 3 years, and at 400M users, we now have the world’s second largest internet user base after China. This base is expected to more than double online users by 2025.

To give some context, US and China hit the inflection point when they reached 20% internet penetration in 1996 and 2008 respectively. That allowed creation of companies like Amazon, eBay, Yahoo, Taobao, Tencent etc.

These companies not only benefited from the rapid surge in internet users but also contributed in equal measure to this growth through their network effect. Both countries took another 6-7 years to leapfrog to over 50% internet penetration.

With close to 30% internet penetration today, India seems to have crossed that inflection point already in 2014. Infact, estimates suggest that India may reach 50% penetration by as early as 2020.

This growth will create its own category gorillas in India. I have seen this happen in multiple sectors since 2012 across horizontals and verticals like grocery, ticket booking, furniture and taxi space.

Going forward, this is likely to happen in education, healthcare, financial services, mass transportation and many other spaces in the country.

2. The internet revolution in the country is driven by mobile phones

India is a unique market in the world since the internet revolution in the country is driven by mobile phones, unlike the USA, China where it was first driven by PCs.

Access to the internet on mobile will further lead to faster penetration of online consumption compared to what USA and China witnessed and there are several reasons why;

Now imagine the possibilities if in near future mobile devices are not limited by the processing power, memory, battery capabilities and available bandwidth.

Once this happens, users will always stay on and on high-speed bandwidth. With already advanced camera and range of sensors, this will lead to an immense opportunity for unique mobile-first solutions.

3. Online penetration is going to increase in all sectors at a fast pace

While retail is a large part of the economy, India has several other large $100B sectors waiting to be disrupted including financial services, transportation, healthcare, real estate and education.

With significant GDP growth and an aspiring consumer class, all these sectors will grow at a fast pace and be large standalone markets over next decade.

“Given the lack of quality alternates, the pace of online adoption across sectors in India will grow at faster pace than other large economies like USA and China.“

Infact, India is a unique market, where all large sectors (barring banking, auto & consumer durables) in the economy are serviced by a fragmented base of mom-and-pop businesses, which leads to inefficiencies in pricing, range, and availability.

I believe that, given the lack of quality alternates, the pace of online adoption across sectors in India will grow at faster pace than other large economies like USA and China, and provide unique disruption opportunities for tech startups

The largest driver of India’s economic growth is a base of 340M rich and middle-class consumers, accounting for 26% of the population. The aggregate disposable income of this base is already formidable at almost $1 Trillion.

This base of consumers is projected to more than double by 2025 with its aggregate disposable income slated to grow to over $4.6 Trillion. These factors will itself make this a large and distributed base for companies to target.

As per BCG research, as consumers spend more time online their propensity of buy online goes up considerably. While the entire rich and middle-class population is likely online now, about a fifth currently buy online.

As this class spends more time online and the middle-class base grows, the online transacting population is likely to grow to 300M by 2025. This level of penetration has happened in every other major economy globally and will make India one of the largest digital economies in the world.

Last but not the least, it is no secret that current government is really aggressive on technology adoption for the masses. On one hand, there is a clear push towards digitization, Adhaar stack and GST aimed at broader economy.

On the other side, we see a focus on nurturing startups with initiatives like Startup Fund of Funds, incubations labs set up by state governments and discussions around tax incentives for startups.

To conclude, our team is bullish on the underlying fundamentals of value creation, and we see strong, long-term opportunities across all sectors. This coupled with the fact that we have some of the world’s finest tech and management talent, I am putting my bets squarely on tech in India.

What we have seen in last 10 years just tip of the iceberg; what will happen in next 10 years will define our place in the global tech ecosystem. We, at Stellaris, are going to work alongside entrepreneurs to play our part in this breakout economy. 2025 is just 50 disruptions away.